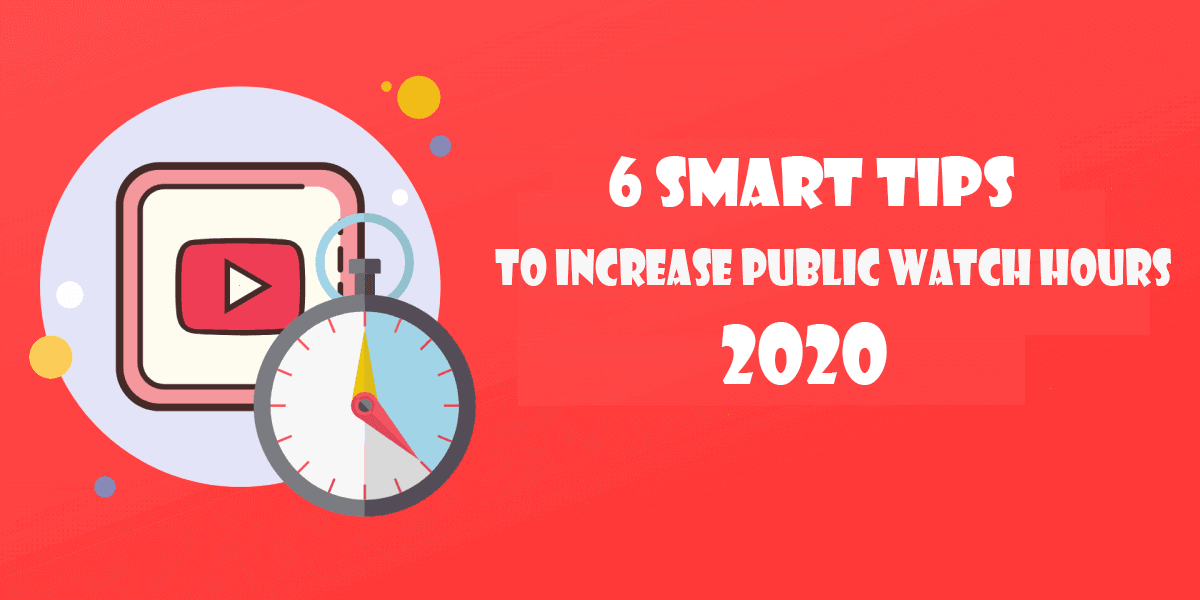 Let’s put these theories to one side however and concentrate on the cold hard facts as shown in this YouTube support page. They now talk about valid public Watch hours which is definitely a new term when it comes to monetization and definitely suggests to me that YouTube wants to clarify this requirement. On the support page, it now confirms that “not all watch hours count towards the YouTube Partner Program threshold,” and states what does actually count as a valid public watch hour, which is:

That means the watch hours you got from these ways above won’t be counted for monetization as YouTube policy.

For example, if you have 4 public videos with 1000 Watch Hours each, it means you have 4000 Public Watch Hours. But once you “Delete, Set them as private or unlisted “, watch hours would be removed as well.

One more example, what if you have a video that was public? Let’s say you do a Livestream and then you want to set that live stream to unlisted. If the video is set to unlisted or private, do the views that you gained whilst it was public still count towards the Watch Time hours?  Yes, but it’s really risky because sometimes YouTube will permanently remove those watch hours.  But you don’t really want to risk that so I’m not going to suggest you do it.

About the TrueView campaigns ( Views From Google Adwords ) won’t bring Valid Watch Hours from now even you worked on Public Videos before. It basically means you can’t buy your way to monetization by Using Google Adwords.

Want to get 4000 Watch Hours as quickly as possible?

Actually, 4000 Watch Hours 1000 Subscribers is something not hard to get, not many people share the valuable tips to do or they don’t really know what the main problem is, to shorten the time. Only old YouTube creators are doing very well at the moment. But with these necessary tips below, it will help you a lot to increase watch hours from “0”. 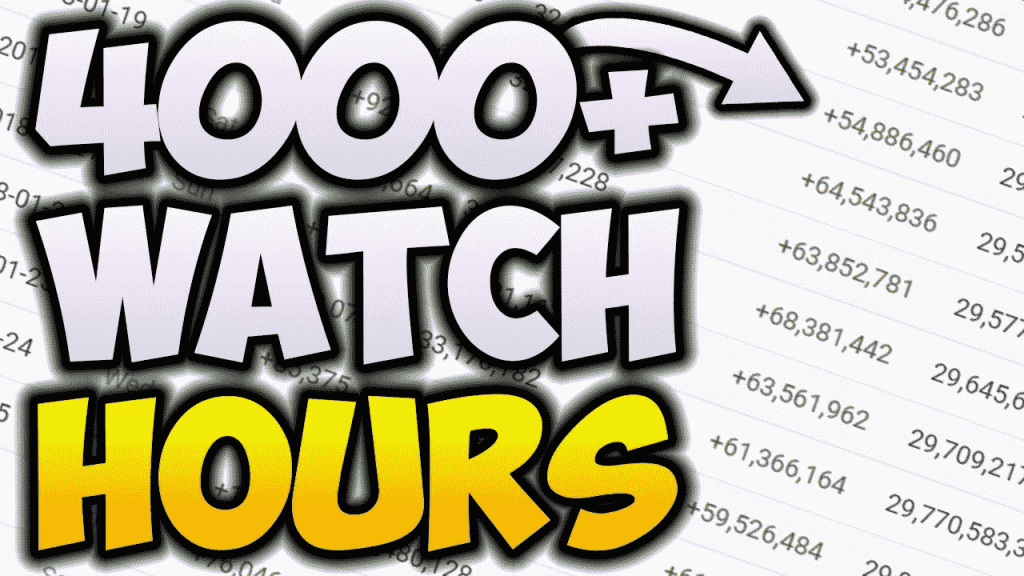 On the other hand, when you’re using YouTube, how many of the videos you watch are from people you subscribe to?

I know in my personal experience, I tend to watch a lot of content from someone before I decide they’re worth a sub.

I’ll be more liberal with them going forward, to help out smaller creators I like, but for the major ones with hundreds of thousands or millions of viewers?

It doesn’t help me much to sub to them. YouTube’s recommendation engine will show me their content regardless

Getting more subscribers should be a goal, but it’s not going to solve your problems all on its own. You need to put a lot of work into your videos themselves, which is what most of the rest of the tips are about.

You must be generous with your video is you want to get more people. That is gained through sharing, and it can only be done if you allow your video to be embedded. Embed your videos on Blog posts, Quora answers, Medium Posts and Twitter tweets. YouTube considers the views and the watch time coming from the Embedded videos the same as other videos and if your blog post ranked then you are going to getting more views.

Embedding is also a factor for Making your YouTube video getting more eyeballs, the more views mean the number of watch hours. Write a good and in-depth post about the video title and embed your video on your blog. Besides, to enable embedding, just head over to your creator studio and click advanced settings. Under distribution settings, ensure that a tick is on Allow Embedding, otherwise, this will not be possible.

3. Make High-Quality Videos & Do the research and choose suitable keywords for your video

– High-Quality Videos perform well, but if your competitor has high-quality content then that will be odd. My Competitor is using “4K” Quality while I am just on 1080P, so yeah, he is ranked higher than me but still, I am doing well.

– People on YouTube to search for answers to different questions, that questions may be related to education, a certain software, a processor any type of technology. For this you need to learn some of the Video search Optimization and the Views will come organically, you don’t need to do anything for that. The only task you had to do is find keywords that have low competition and a high number of searches.

Long-form videos rank better than those of short videos. The same thing is to apply to longer content as well. The reason behind this is “Watch Time” which is a YouTube Invented Metrics for measuring how much time people watching videos?
Watch time is one of the major factors behind the ranking of videos on YouTube and so longer videos have higher watch time this led YouTube to rank those videos that have higher Lengths.
The science behind this is, let say you uploaded a video of 10 Minutes and your competitor uploaded a video of 8 minutes. You both got 1000 views and 1000 people watch the full video then your video will be got 10,000 Watch time while your competitor got 8,000 Watch time, So YouTube will rank your video on a higher position than your competitor.

Look at the keyword, a random keyword we selected and look at the first two videos:

5. Release on a routine schedule.

Not only does YouTube’s “recommended videos” tools favor channels that consistently release content, your fans react better to receiving regularly scheduled content as well. If you regularly release videos on Wednesdays, for example, your fans will eventually get in the habit of expecting your next installment. This habit is what you want to boost views, watch hours, and subscriptions.

Release on a routine schedule.

Not only does YouTube’s “recommended videos” tools favor channels that consistently release content, your fans react better to receiving regularly scheduled content as well. If you regularly release videos on Wednesdays, for example, your fans will eventually get in the habit of expecting your next installment. This habit is what you want to boost views, watch hours, and subscriptions.

An even more powerful mechanism is if you’re able to use cliffhangers, mysteries, and suspense into your videos. This technique is similar to how reality TV-shows advertise between episodes to drive people to watch the next to find out how the story plays out. If you can cleverly weave these techniques into your video posts, you may build a sizable audience tuning in. Except music videos because it has its own way to SEO, other videos you may create such as behind-the-scenes, vlogs, and more could do so, so they’re interlinked.

Similar to pre-recorded videos, every minute people watch your live stream on YouTube counts toward the 4000 public watch hour threshold. Live streaming can be done on mobile or your desktop. Plus, YouTube allows long uploads for live streams by default. So, consider live streaming your next show or event.

And keep in mind, you can live stream backstage before a show, behind-the-scenes while recording your next song, or any other type of event you think your fans might want to see you do such as an acoustic live set in the bathroom or on the way to a gig, your next album release party, just you playing video games with fans, and more. One additional tip to drive engagement and length of time your audience stays tuned in is to include chat so you can take questions directly from the audience. Lastly, to maximize watch hours, don’t leave your live stream archived and private. Once it’s over, be sure to enable it on your channel so fans can tune in and watch it in the future.

So start promoting your videos today. It will be tough and require a heck of a lot of time and manual efforts for sure, but believe me, it’s a surefire way to reach the milestone of 1k subscribers and 4k watch hours.

Start promoting. Or, you can also outsource this “promotion” task to my Social Marketing Company AUDIENCEGAINNET.

We have large networks and exchange groups where we do quick and mass promotions on behalf of our clients.

So you can contact us and order for one of their YouTube packages. Our team will then keep promoting your channel and videos until the said number of views and subscribers being driven to your channel.

So if you don’t want to do the promotion yourself, you can still get it done simply by investing a couple of your hard-earned bucks.

So either do it yourself or get it done on your behalf, but promotion is the only way you can get the firs 4000 watch-hours and 1000 subscribers.

You can refer to the package here:  4000 Public Watch Hours and 1000 Subscribers Lifetime. 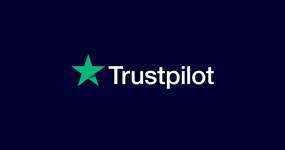