Check out the most popular games to make money on Youtube!

Can you make money on YouTube playing video games?

As a game enthusiast, everyone wants to be able to make money on Youtube by playing games. With the rapid development of the Internet, especially on this video-sharing platform gamers and streamers can easily gain profits from live streaming them playing games while interacting with the audiences.

Indeed, many creators have achieved a big break in increasing views and watch hours while spending hours a day doing gaming live streams. As a result, even though this niche is kind of saturated in this day and age, creators still choose gaming as the main orientation to pursue.

So with that in mind, over the past few years, this video-sharing site has grown a lot better thanks to the addition of Let’s Play – where viewers keep track of their favorite game played by another gamer somewhere around the world.

Even though gaming niche is still a controversial topic, let’s see which are the most popular games that everyone is so keen on!

Among us – Make Money by playing Video Games

As an issue of public security, people all around the world are complying with social distancing orders and temporary quarantines. Then, Among us emerges as a phenomenon while people feeling bored-to-death decide to give it a try.

Up until now, this “dramatic” game is still the talk of the Internet. The game of impostors and crewmates is growing rapidly with a peak of 100 million downloads.

This figure mostly comes from the Google Play store and App Store, where Among Us is downloaded for free. Game developer Innersloth LLC also set a record with 3.8 million concurrent players worldwide.

Besides playing for free, the simple and attractive game-play of Among Us has attracted the attention of millions of gamers and creators who are trapped in the house because of the COVID-19 epidemic.

To be more detailed, Among Us has a similar gameplay as the “Werewolves”(The Werewolves of Millers Hollow) board game or the “Mafia game” (in space). Basically, on this spaceship, there will be one or more other players playing the role of Impostors among the  Crewmates. This imposter will sabotage the ship and kill all other upright players. A game round usually takes 3-7 minutes.

The mission of the “true” Crewmate will be to find the Imposter before they can kill everyone and destroy everything. Once someone dies, all members will gather and vote to kick the imposter off the ship.

Thus, Among us retains the essence of a game “looking for a demon in human form”. Besides, the protagonist also has to do more single tasks to win and create more opportunities for the villain’s sudden attack

Each Crewmate will have the skills to gather information about the Impostors. Moreover, because it’s an online game, voting will take place by using bubble chat. This brings a new experience for players when they have to both argue and type down their opinions to find the imposter, as well as to convince themselves to be a good person.

Many gamers have gained thousands of views and watch hours by providing tips and tricks to master Among Us for the die-hard fans. “Top 50 Tips & Tricks in Among Us Compilation” of Clash Universe (3.62 million subcribers) has reached over 9 million views, while SKRIMP, a small creator has got more than 30 thousand views with this “Among us stack killing” video. 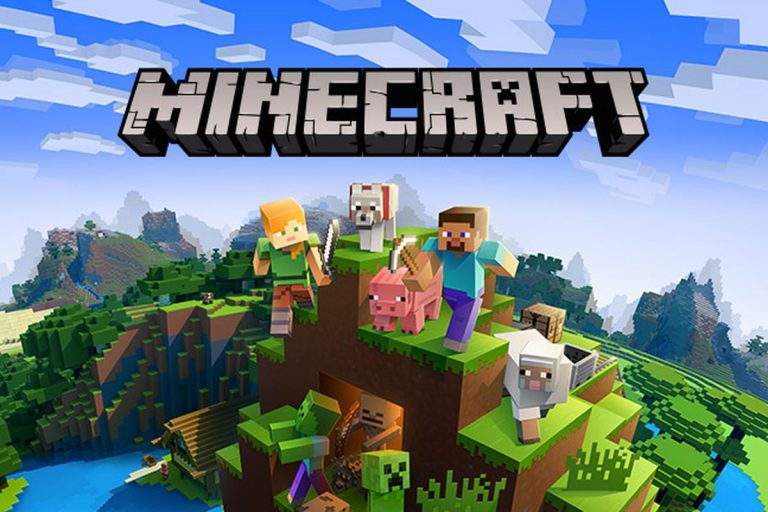 If certain streamers focus on creating gaming content suitable for children, Minecraft will still be a very good “gold mine” for gamers.

And just like that, this “don’t-know-what-the circle-is” game has made so many kids, instead of playing football, badminton or cycling, spend hours looking at the blocks in the YouTube videos.

Consequently, just selecting Minecraft as the main platform, many gamers and streamers have a large fan base, thereby making lots of money and have a stable income as well as the significant in the views and subscribers.

Due to the game’s simplicity, eye-catching and colorful graphics, and diverse game mode, many youngsters who grew up playing Lego or other creative toys suddenly have new hobbies. It’s an infinite collection of new things for players to explore, and that’s why little boys and girls have always liked to play this virtual game over toys.

Now take a look at the “huge empire” PrestonPlayz of Preston Arsement, who has been building up a successful gaming career with the main focus on Minecraft. He’is also a Youtuber best known for videos featuring Minecraft tricks and pranks.

While it’s impossible not to say that his huge fan base in the Minecraft game is mostly kids, his channel isn’t just about this content. He also does live streams on Call of Duty and Roblox mostly. Currently Preston’s main Youtube channel has more than 12 million subscribers and that makes him one of the richest gamers in the world.

In fact, the mobile version of this classic game has the upper hand over the main version. Indeed, the popularity of mobile games today is undeniable, but for PUBG, the mobile version has outweighed the PC one in the hearts of the game’s fans. PUPG is a game to get more video game views on Youtube.

The heat of PUBG or many other “survival” games mostly encapsulated in the word “competition”. From parachuting from the plane to the moment virtual players hit the ground, you had to choose a very “favorable” position to begin the process of “being the last survivor”.

In most “survival” games, there is no rule that you must follow, In a very large map, hundreds of players are hiding in every corner, the number of weapons is limited and a giant “cage” is shrinking, forcing all attendees to converge to one spot only then combat with each other.

With that being said, It can be said that PUBG is the pioneer in the series of survival games.

Additionally, the popular keyword “PUBG” included in video titles has also brought much higher views than usual, as well as video games that contain the keyword “PUBG moment”, “PUBG solo” also have a similar effect.

Shroud used to be an e-sport competitor and now on Youtube, His pub videos are always searched a lot and ranked at the top of the search results. His channel now has over 6,67 millions of subscribers.

Worthy of being a formidable opponent of PUBG, Fortnite is still considered a success in the gaming world with millions of people participating.

To put it down simply, Fortnite is an online game released in 2017, belonging to the genre of survival-shooter in the open world. Players collect resources, weapons and gears to help the virtual characters last the longest. Its game context is on Earth when humans no longer exist on this planet.

The success of the games always entails the popularity of several small streamers. Tyler Blevins is also nicknamed Ninja and thanks to the live broadcast of this game, he can earn over $1 millions each month. His channel now has more than 24,2 million subscribers and  his Fortnite-playing videos has the average number of views over 2 million.

Although Fornite is not so prevalent this year (indeed, every game has lost its appeal due to the appearance of Among Us), the game still has a lot of livestreaming and is also a cultural phenomenon. Speaking of which, people while playing this not only think of gunfights, building stressful houses, but also dances.

This is considered as a small entertainment between fiery matches. The dances that have been included in the game are as diverse as Running Man, Flamenco,….

For those who don’t know yet, Fortnite’s “Toosie Slide” is a dance based on the music of the song of the same name by male singer Drake.  This song has quickly become famous and used a lot like TikTok music video background.

Warning, this game genre is not suitable for those who are squeamish!

For your information, “Jump-scare” is a term commonly used in horror movies or games. The word “terrified jumps” is meant to frighten the audience or players by surprising them with the sudden bloody and spooky change in image or event. Jumpscare is often accompanied by a frightening sound, mainly a loud scream.

Furthermore, common horror games can be mentioned are “DreadOut, Curse of Annabelle, Detention, Song of Horror, The Coma and so forth.

With its psychoactive factors or an amusing body response to the unexpected elements of fear and the gloomy context, horror genre always make gamers or streams welcome the advent of new games.

Even though we are all mentally-prepared in advance, the moment we face the biggest fear in the virtual world will still give us chills,  intense hands trembling, the breath-taking moments or even stiffness. It is this unique and interesting experience that motivates us to find mysterious and creepy things just like watching or reading horror stories.

So to say, PewDiePie is also fond of filming himself being scared-to-death while playing “Sophie’s Curse“. This spooky but funny video now has generated 16 million views.

Want to know more about the top games to make money on Youtube?

Start a Video Gaming YouTube Channel: To this point, we believe that you have chosen a gaming platform to be able to relax and earn money on competitive and exciting game rounds.

If you have read our previous articles about the highest paid Youtubers of 2020, you must know that a kid Youtuber ranks first.  In recent...