Does TikTok pay you? Yes, but not really!

Tik Tok of course does pay you, the creator fellows. Currently you’re its greatest asset while this platform is still struggling in a tug-of-war between major US tech companies and troublesome customary lawsuits to get rid of an operating ban from former President Dolnald Trump. 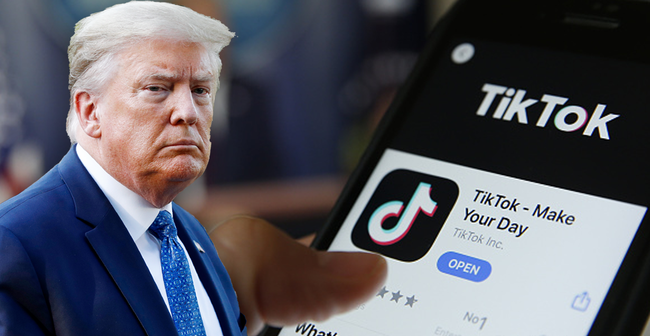 Does TikTok pay you – Donald Trump

Well, that is not to mention the threat from the giant Google-owned Youtube, the top video-sharing platform with the Shorts and Stories features to combat with the appealing short, vertical videos of TikTok.

So what difficulties is this Tik Tok platform facing to be able to pay creators? Read this article for more details.

The prohibition from Donald Trump

Last year, while President Donald Trump was still in office, he signed an executive decree to prohibit all organizations and individuals from dealing with TikTok’s parent company, which is ByteDance in China, on August 6.

To be more detailed, Mr. Trump said that Tik Tok automatically collects a large amount of information from users, censorship of content, leading to concerns about the privacy of social network users.

In addition, he had set a deadline of September 15, 2020, forcing ByteDance to terminate its operations in the US, unless Miccrosoft or another company buys back shares then comes to an agreement.

Now, we will stop diving into political matters here. Indeed, as creators, we should find out which companies will take over TikTok in the US, as well as how creators will make money on TikTok. 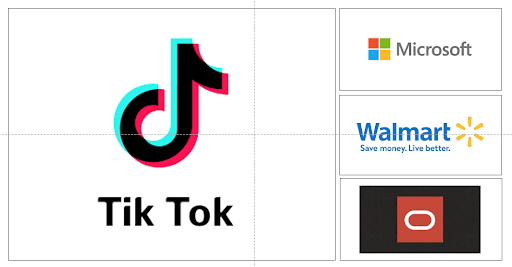 Currently, there are 3 most promising candidates to own the prospective TikTok platform, which are Microsoft, Walmart and Oracle.

While Microsoft can use TikTok to make a stronger impression on younger users, for Walmart, TikTok offers the opportunity to develop the advertising and e-commerce business. Likewise, Oracle is also interested in using the platform to drive its marketing business and cloud tools.

More specifically, the US Government (or Mr. Trump) has always favored Microsoft in this deal, and Oracle also, because both companies have had many projects which are closely associated with US government and law enforcement agencies in America.

As for Walmart, this giant retail incorporation has announced that it will cooperate with Microsoft to buy TikTok, helping them develop their business on e-commerce platforms. On top of that, Walmart has the advantage of partnering with many brands and advertisers.

Consequently, this will be a big advantage for TikTok’s influencers to be able to make money on TikTok, as currently TikTok’s main forms of monetization are still affiliate marketing or receiving advertising for brands.

Ultimately, and probably the most likely of all, is TikTok’s ability to increase security in the face of interference from major tech corporations. Surely anyone who wants to participate in the acquisition of this social networking platform must meet specific security requirements to be approved, because this is the “core” of the ban that President Trump had given. 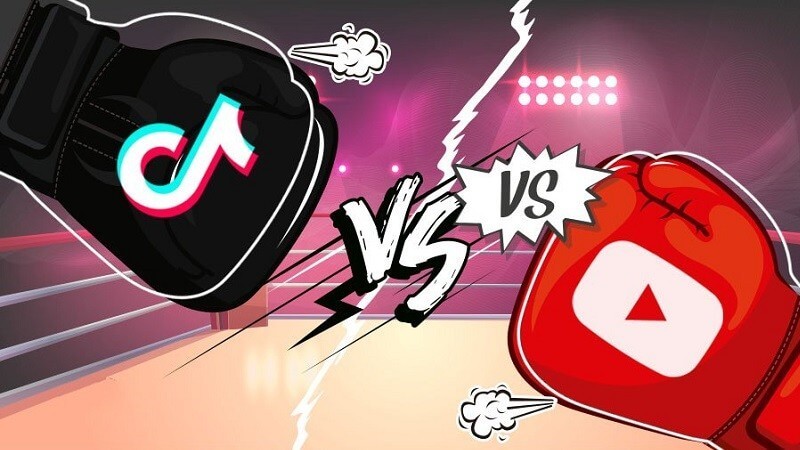 We have to admit that TikTok is very smart when it comes to hitting users’ weaknesses, which is their laziness in approaching and searching for information. This is a common and obvious habit in the Internet user community.

And it’s not just us, the TikTok’s creators and users who recognize this as well. Perhaps Youtube has realized this phenomenon earlier and implemented the Youtube Short feature, then launched it in 2020 to confront TikTok’s 60 second-long vertical videos.

In fact, TikTok has a very long way to become the most popular video sharing platform. Besides, the Youtube Short feature is not the only element from the Google-owned Youtube that TikTok needs to be wary of.

With a lifetime of more than 15 years, Youtube is the first video platform on the Internet and the source of many creative trends on social networks.

The familiar phrases in the online community such as vloggers, gaming livestreams, beauty bloggers, ASMR and more, are born thanks to the various forms of content on Youtube.

Also because of this diversity, Youtube has been always improving and updating its algorithm, as well as changing its terms of service to ensure the safety of its creative content-sharing ecosystem.

In other words, and although there is still controversy because there is no perfect information system, TikTok still cannot compete with Youtube in terms of user information security.

Does TikTok pay you, and how? 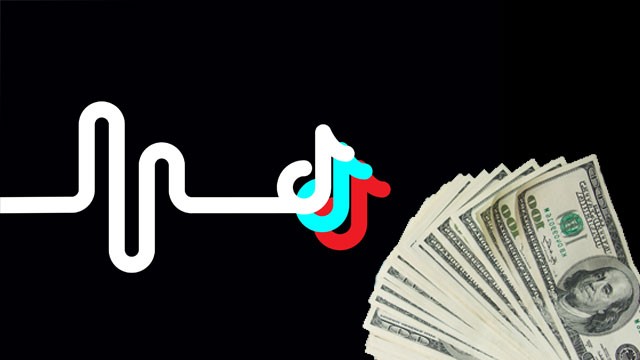 Does TikTok pay you, and how?

Now we will return to the deal discussed above – the tug-of-war by big US companies over the TikTok platform. For now, we still see TikTok being widely active in the US. So which company bought TikTok?

The answer is that there are no companies at all!

To be more detailed, TikTok tried to provide solutions to the Trump administration in return to Trump’s ban on its operation in the U.S, but received no response, while the deadline for the ban was imminent.

On 11/11, ByteDane filed a petition to the US Court of Appeals, calling for a review of the decree. The company said it had provided solutions to the US government for nearly two months, but has not received a response.

As a result, the Pennsylvania judge decided to firmly decide for President Trump, after three more creators filed a lawsuit saying the ban could lose their access to job opportunities if TikTok stops working.

So you see, TikTok hasn’t gone anywhere yet, although it’s not yet decided which company ByteDance will partner with in the US so it can boost its growth.

We had written about The TikTok creator fund when TikTok founded a $200 million fund (in July 2020) that allows content creators 18 and older to monetize from ads and the number of video views on the platform. 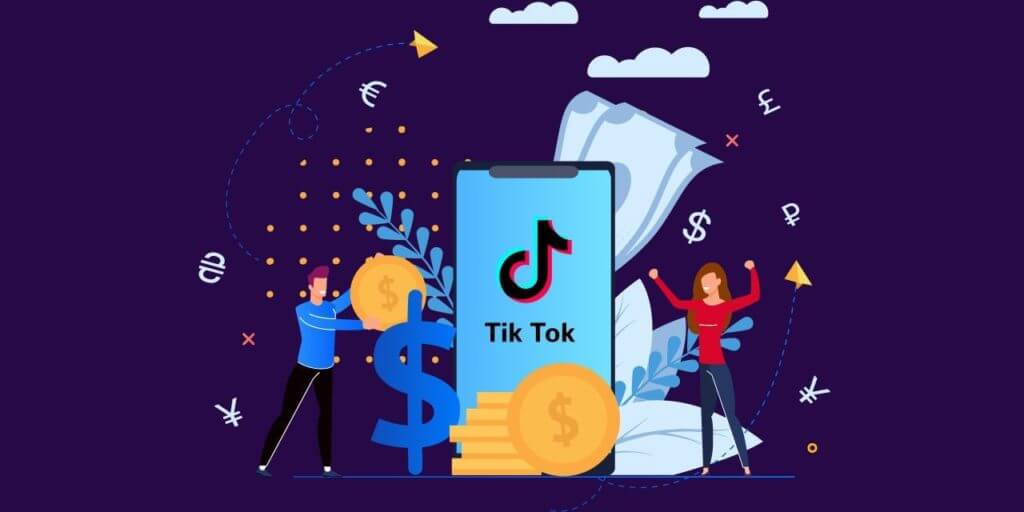 And here are the following requirements

Previously, TikTok did not run ads to pay the content creators, but the big stars on the platform can still make money on TikTok, such as advertising for brands, affiliate marketing and building their own brand.

In addition, they can also receive virtual money from the number of followers and then exchange into real money.

At the moment, the most successful figure on TikTok is Charli D’Amelio, a 16-year-old American girl who has 100 million followers. According to the Influencer Marketing Hub, Charlie D’Amelio’s net worth is at least $8 million and she can earn between $31,000 and $52,000 per post.

The TikTok creator fund is still a new and experimental monetization program. Popular creators such as D’Amelio sisters, Loren Gray or Michael Le have been given the opportunity to early access this program, however, the money they earn when participating in the program has not been published yet.

In short, TikTok will still pay, but you shouldn’t turn creativity on TikTok into a full-time job yet.

Even though TikTok is just a secondary source of income for you, consider all the risks and difficulties we mentioned above, as nothing has been settled in TikTok’s relationship with the US government (even when Mr. Trump is no longer in office).

Do you want to join the TikTok creator fund?

Regardless of all the current challenges, TikTok is really making other social media platforms be on tenterhooks, especially Youtube, when it is trying to climb the slope of the mountain at a very fast speed.

Are you using TikTok and which feature do you like best? Sign up for AudienceGain right away and comment under the article to let us know.