Make money on Youtube by re-uploading videos – be patient!

The constant policy shift from the video-sharing platform makes making money on Youtube increasingly difficult for creators. In early 2018, YouTube changed its policy of content censorship and advertising distribution, leading to a series of channels making content all over the world losing the ability to monetize, or even worse, the channel being suspended.

To be more specific, Youtube also requires channels to have more than 4000 watch hours within 365 days (since any given date) and 1000 subscribers to be able to join Youtube Partner Program (YPP).

That being said, many small creators have to spend a lot of time brainstorming ideas, purchasing gear for production, editing videos and competing with thousands of newly created channels everyday. Most importantly, they all must follow the rules of this ecosystem.

However, instead of creating original content, many creators can enable monetization by using posted-contents, and re-upload them on their channel.

Well, somehow, there’s something odd here! What’s going on with Youtube copyright policy? Check it out straight away in this article.

But first, making money on Youtube by re-uploading still needs your ideas! 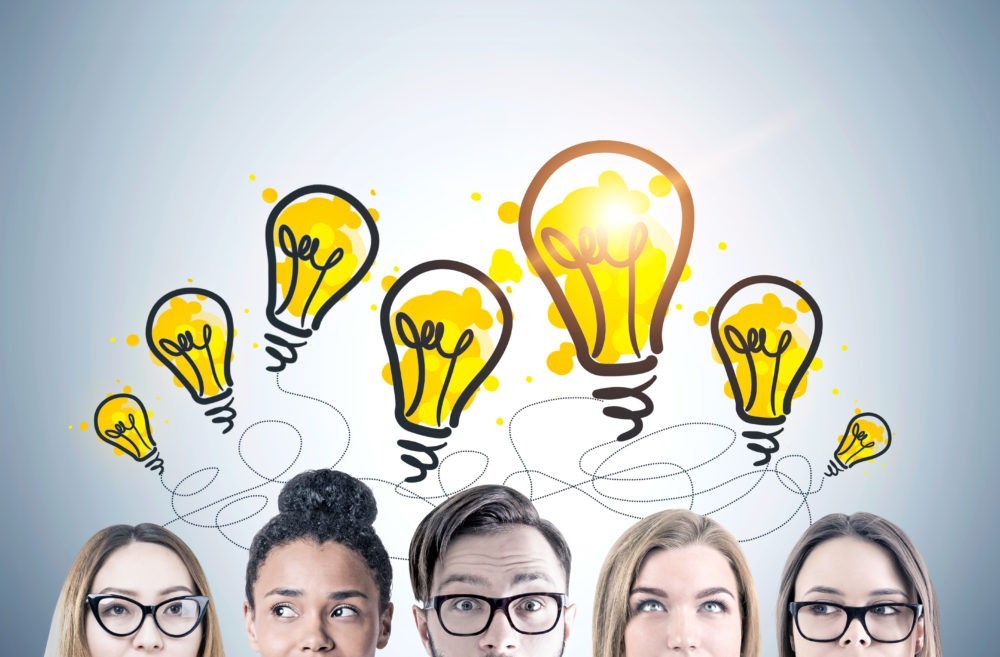 Making money on Youtube by re-uploading still needs your ideas!

If it is, Youtube doesn’t need to update its algorithm constantly. In fact, it also requires a certain cost to function, and the money partially comes from the creator’s content. As a result, Youtube will profoundly refine the whole system to get rid of “junky content” that is detrimental to its profit-making operation.

When it comes to “creating content”, it is an extremely large field, each area has a way of making content towards different goals. Content can be represented as images or words, and in this case, video content is the core factor that creators focus on Youtube.

In general, to create a good video content is not that simple. It takes time to become an expert in your niche to grasp the fundamentals then deliver the valuable lessons to the viewers who are in need of searching for optimal solutions.

To be more specific, first and foremost, great content is a great factor for SEO, leading to a high ranking on the search engines. Secondly, continuously creating great content creates “its own mark” and contributes significantly to creator’s visibility on Youtube.

On top of that, original and one-of-a-kind can encourage interaction between creators and the audiences. If the content foundation is built entirely from separate perspectives on a certain subject from the creators, the video’s comment section may be very active.

Since everyone wants to express themselves and give personal opinions, audiences interested in unique content are more willing to give feedback and reviews. This also enhances the number of organic views and subscribers for the channel.

So to say, monetization from creating content has attracted a lot of interest from creators who are passionate about making money. In other words, the creators can turn their ideas into a full-time job and have a solid financial foundation.

Here’s the fun part, but don’t get too excited. Consider these risks you are likely to encounter when you re-upload your video. 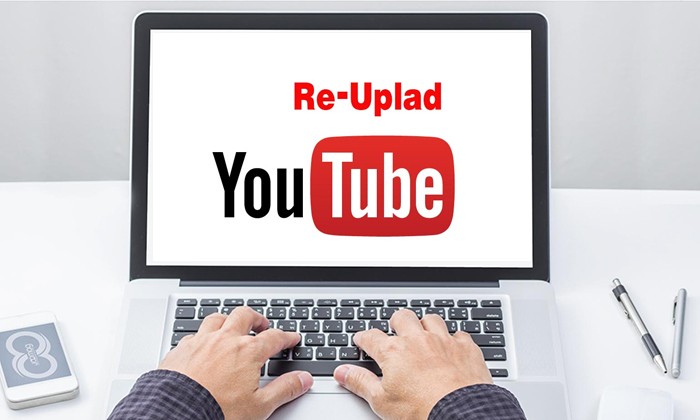 Content re-editing (formerly known as copying content) is a hot topic with a series of channels being demonetized . If your channel has monetization turned off for “content reusing” reasons and you want to avoid this mistake, here’s what you should know.

Reuse means that some of the content you published on your channel can be found elsewhere. This can happen if you use third-party content in your videos, such as:

When becoming a YouTube partner to make money, channel owners will have to continuously produce videos, work on post-production, edit behind-the-scenes to keep the subscribers, as well as receive additional priorities from the system.

This leads to a tremendous amount of invisible pressure. There are many creators who either give up on creativity entirely, or take a break from the video platform. Even PewDiepie also announced that he would retire for a while in early 2019 to focus on spending time with his family.

In addition, many users kept re-uploading other creators’ videos with the aim to gain profits, but now Youtube’s algorithm is strong enough to detect all those fraudulent circumstances.

Its “fraud checker” is capable of detecting a pirated video, both visual and audio. In case of detection, the channel will almost immediately be “inactive” and the creators will not receive even a penny. Videos that are controversial, violent or sexual are also gradually censored.

So how to safely re-upload videos?

Well, we’ll first start with the first method of using the View Source function. By this way, you will not need to download any software or applications to your computer but can still check the most accuracy.

Get to access the YouTube video link you intend to re upload. Next, press the shortcut “Ctrl + U” to be able to view the source of the YouTube page you are watching.

So if you see a meaningless inscription, this clip does not participate in any Network, which also means that this is a non-copyrighted video and you can re-upload it.

Conversely, if the string has the same meaning as shown below, it is the copyrighted video.

Next, you can use GoogleChrome Heartbeat utility to check:

Videos are allowed to be reused

In order to re-up videos without piracy, please choose videos that allow remixes. In other words, the videos you re-upload have been approved by the owner. In addition, the amount of money earned from views or advertising clicks will be divided by% and usually you will only receive a very small portion.

However, re-uploading content is effectively applied on many major channels and they can make well just from reusing copyrighted content. Those are the contents such as movie reviews ,vocal or dance cover, dance choreography, music video reaction and so on.

On the other hand, in order to earn a large percentage of such copyright constraints, all of those channels must join a Network to secure their content.

To know more about Network and Adsense, head over this.

As for some reputed film critics on Youtube,  Alex Meyers is an American commentary YouTuber renowned for his comedic, animated reviews of teen and young adult television shows and films, from Disney Channel, Nickelodeon, and Netflix.

His channel now has over 3 million subscribers as of 2020 and has upholstery over 400 million views so far. 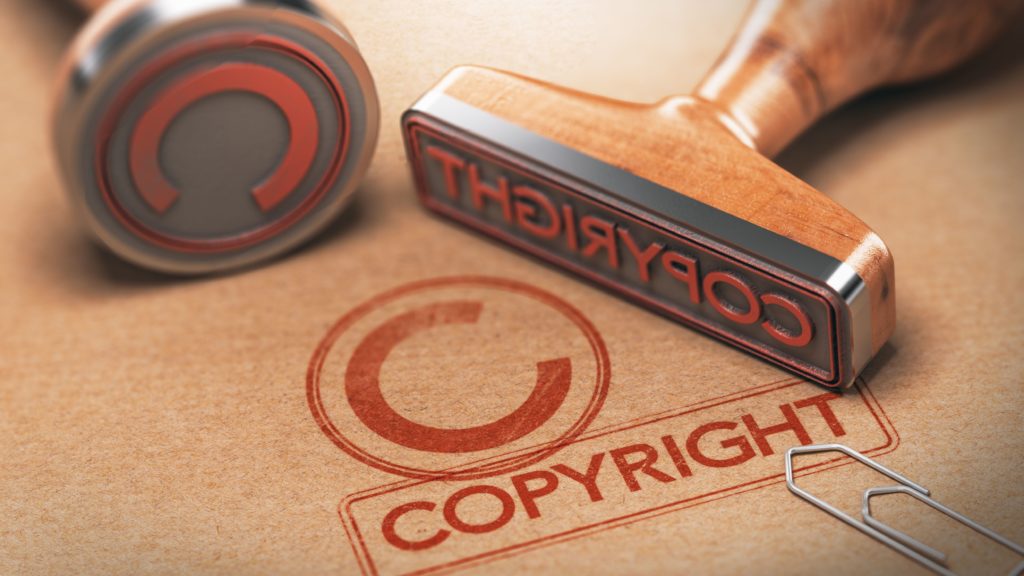 This is the stage we covered in the previous title, re-uploading the video still needs your original ideas

To be more detailed, “review film” genre on Youtube is so classic these days, but to be successful in this field, you have to be an expertised film critic. To be able to make a good and reasonable judgment, what you need to do is to watch a movie carefully to give your own opinions on its pros and cons.

Focus on giving feedback on blockbuster movies can indeed generate lots of money. For instance, with only the End Game film series, many YouTubers can create hundreds of videos analyzing types, such as who can hold Thor’s hammer, the phenomenon of travelling back in time to save the world, and what had happened after Thanos snapped his finger?

This topic could attract constant debate on your videos, and it’s inevitable that your channel will grow sharly soon.

Last but not least, use video editing software (Adobe Premiere, Camtasia,…) to add an intro to introduce yourself or your channel. Let’s apply the these key tips:

In terms of sound copyrighted, you can increase the sound speed to 1.5 or include non- copyrighted music tracks (Youtube Audio Library, Bensound,…)

Apart from re-uploading videos to make money on Youtube, There are also many other topics which you can think of based on your own abilities, talents, and creativity.

Re-uploading actually only works for specific niches, not a permanent solution for the content-exclusive owners.

In a nutshell, sign up for AudienceGain right now to update with our newest information of how to monetize from your creation.