Jimmy Donaldson, or as fans know him, MrBeast, is a familiar face on Youtube that every frequent user must have heard about at least one.

As of now, he stands as the 15th most-subscribed channel on all of YouTube, given that most of the top-subscribed channels belong to media conglomerates, musicians, and children’s channels. Such a rare feast for an independent Youtuber like Jimmy Donaldson.

For outsiders, this may seem like low-effort content just to get views and subscribers. But if that’s the truth, no way MrBeast would have achieved such a status among the top Youtubers like today.

So if you want to know more about MrBeast, you have come to the right place. Let’s begin!

Jimmy Donaldson was born on May 7, 1998 in Greenville, North Carolina. Jimmy and his brother, CJ, were raised by their single mother throughout their childhood.

You will be surprised to learn that his career didn’t take off until 2016 at least. Before that, Donaldson had begun making Youtube videos at the tender age of 12 where he posted videos under the user name “MrBeast6000.”

The inspiration for the now infamous name MrBeast came from his Xbox playing handle that he called, you guess it, Beast.

For the first few years, Donaldson tried out a series of content he thought would attract the largest audience.

From compilations of highlights in playing “Minecraft” and “Call of Duty,” estimating YouTubers’ wealth, to offering tips and tricks to aspiring creators, and commentating on YouTuber drama.

Between 2015 and 2016, Jimmy created the “worst intros” series of videos. The series had about more than 70 videos, which showcases and poked fun at horrible Youtube intros that he discovered on the platform.

The success of the series soon gained him a following of 30,000 subscribers by mid-2016. In fact, it is usually considered to be the biggest reason that he is popular on YouTube in the first place.

But still, MrBeast struggled to gain the views and subscribers he needed to make money on Youtube.

However, things were about to take a turn for the young Youtuber. 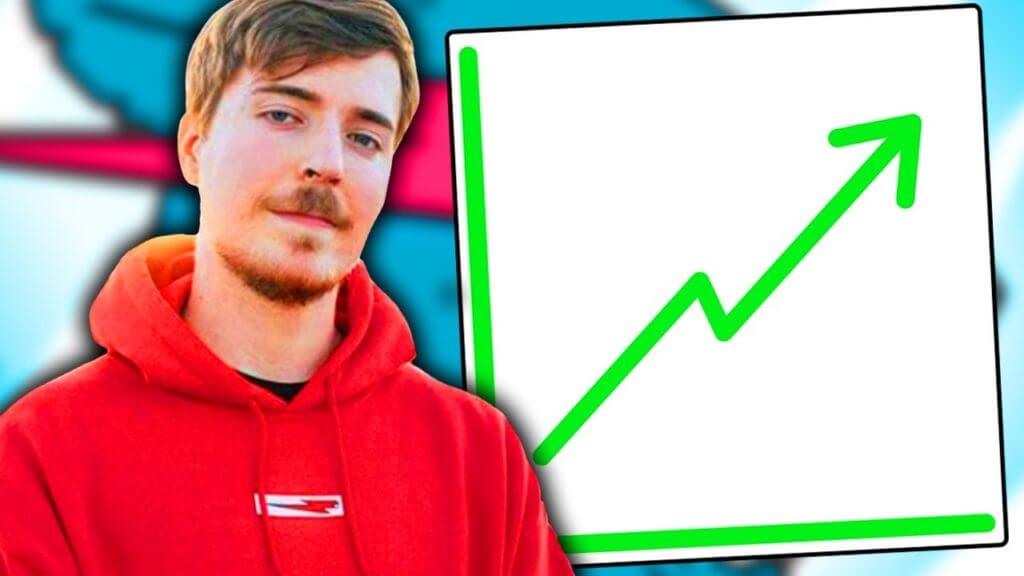 Following the wish of his mother, Donaldson entered college but only lasted for only 2 weeks before dropping out in order to become a full time Youtuber.

After that, he moved out of his mother’s house and dedicated all of his time trying to crack the code of how exactly a video goes viral on YouTube.

It was in 2017, when he posted a video of him sitting down and counting from zero all the way to 100,000 for more than 40 hours, that he finally got his first big hit and swiftly gained the much needed attention for his Youtube career.

The video helped give rise to one of the unlikeliest success stories on YouTube as he finally mastered the site’s algorithm.

Over the past four years, MrBeast channel has amassed more than 48 million subscribers and over 9 billion total views. Last year, none of his videos had less than 20 million views. Such consistency is unparalleled, even among Youtube’s biggest stars.

Not only that, MrBeast was also listed as one of the top paid Youtubers of 2020, making a total of $24 million dollar despite the Covid-19 pandemic.

In the same year, MrBeast won several awards at the Streamy Awards, Youtube’s equivalent of the Oscars. Among them is Creator of the Year. 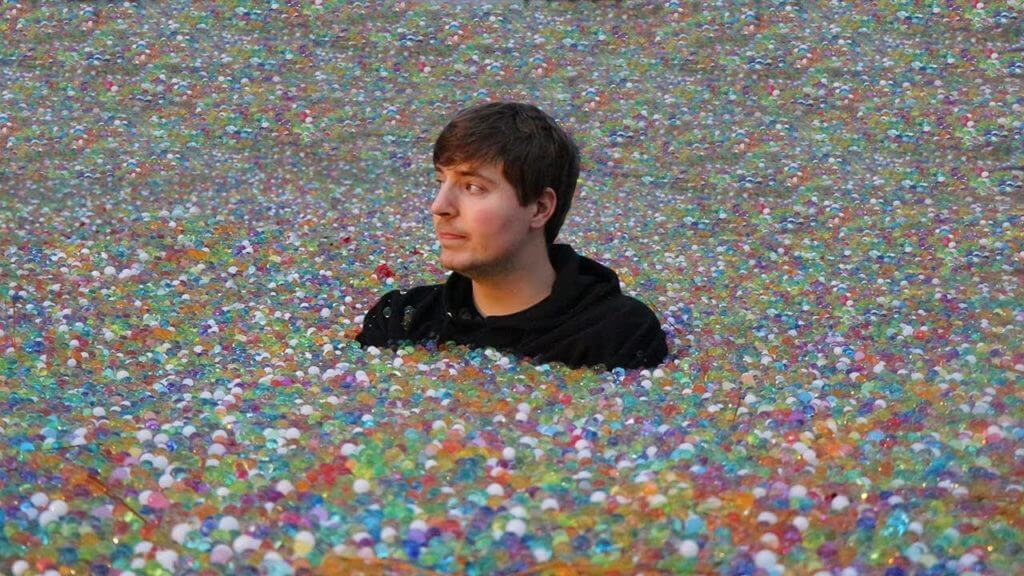 If you look closer at MrBeast’s videos, you will notice a shared theme among them. They are filled with grand gestures and attention-grabbing stunts which cost him an enormous amount of time and effort, as well as capital.

In fact, it took Jimmy Donaldson quite a few years since the beginning of his Youtube career to unlock the secrets behind processes that determine what videos get recommended to viewers.

As we mentioned above, during the first few years, MrBeast tried his hand on many formats, attempting to make viral videos and gain enough audiences with little to no success.

After dropping out of college, the need to figure the algorithm out became even more vital to the young Youtube creator.

As such, in the months that followed, Donaldson and a handful of his friends went on a mission to solve the puzzle.

They gave one another YouTube-related homework assignments, and they investigated successful channels on their most successful videos.

Soon after, Donaldson came up with the idea to film himself counting to 100,000 non-stop, which he sured it would work that time. And it sure did as the video ended up boost his career to a whole new level of attention and popularity.

The success of the counting video taught him an important lesson.

While many of his friends were interested in getting the most views with the least effort, he wanted to show the audience how hard he was working.

As a result, his stunts grew more extravagant.

He spent more and more money for each video, sometimes up to millions of dollars. The challenges in those videos took more and more time to finish. And they got wilder and wilder each time.

He counted to 200,000. He spent 24 hours in a prison, then an insane asylum, then a deserted island. He did many other stunts that no ordinary person would dream of doing.

For all of those reasons, the views on his videos started to snowball. At the age of 18, MrBeast earned 122 million annual views. At 19, he attracted more than 460 million. He now generates 4 billion views a year.

We can’t expect any less from the one who kick started the attention grabber stunts niche on Youtube.

But more than just his almost legendary tale of success, MrBeast is also a philanthropist with a generous heart and altruistic soul.

Despite the more ridiculous stunts, it’s difficult to find challenges on his channel that don’t involve giving money away to random people or treating his friends.

He has given away money to homeless people, to his subscribers, to users of the popular video site Twitch, and to people he met on the street.

Over the years MrBeast has also donated or raised tens of millions of dollars to various charities. One of his most notable work is successfully  raised 20 million dollar for the #TeamTrees project in order to plant 20 million trees by the end of 2019.

His campaign surpassed the $20,000,000 goal in December the same year. All thanks to the support of more than 600 influencers, including tech execs like Elon Musk and Twitter CEO Jack Dorsey, and YouTube stars like Jeffree Star and PewDiePie. 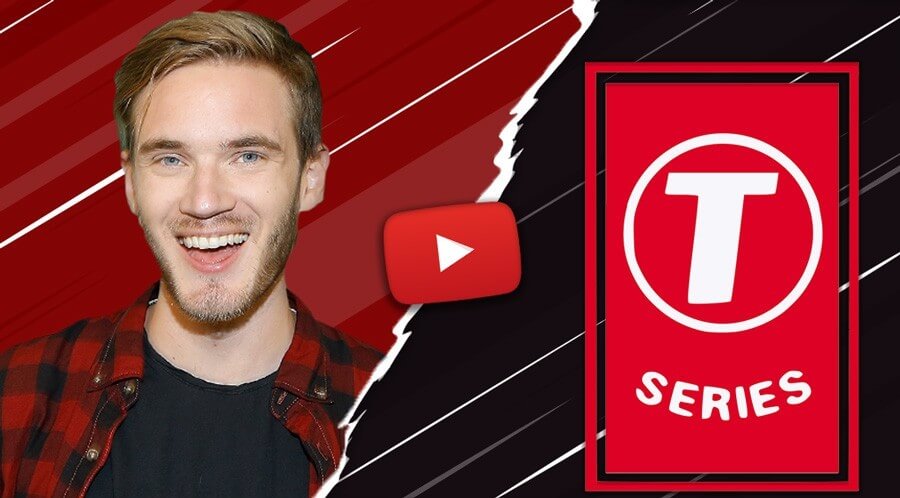 MrBeast is also known for doing his part during the “Great Subscriber War” between the most famous Youtuber PewDiePie and T-series- a channel from India.

Donaldson stopped at nothing to help the then most subscribed channel on Youtube keep the title.

He bought billboards, numerous ads and radio advertisements to help PewDiePie gain more subscribers than T-Series. At the Super Bowl LIII, he bought multiple seats for him and his team whose shirts spelled out, “Sub 2 PewDiePie”

We can’t leave out the 12-hour video of MrBeast saying “PewDiePie” 100,000 times. Talk about dedication.

You might wonder with all the expensive stunts that he pulled over the years, where does MrBeast get the money from?

In truth, he got those tens of millions of dollars in advertising sales from his social media feeds, which include his main channel, a gaming channel and pages on other social media sites.

You will be surprised to know that MrBeast hardly keeps any of that lump sum for himself. He invests almost every single dollar back into the production of his future videos!

But that’s what makes the brand of MrBeast. He has attracted so many loyal subscribers to his cause in the first place through his unique personality and his kind acts. That’s not something anyone could achieve.

But no worry, after much waiting, MrBeast has already prepared for the post Youtube future with his newly opened Burger chain.

In the meantime, if you want to learn more about everything Youtube related such as famous Youtubers among other topics, do yourself a favor and sign up to AudienceGain. See you next time!

Creators always come up with continuous TikTok tips and tricks for entertainment purposes, as well as providing information to TikTok users. As a platform for...