The King of Youtube: PewDiePie – Who is the richest Youtuber?

In the memory of Internet users, the Great Subscriber War between T-series and the then most subscribed channel on Youtube-PewDiePie-is still fresh as if it happened yesterday.

Although T-series turned out to be the winner, PewDiePie still became the most-subscribed individual YouTuber with more than 100 million subscribers.

Nobody would have thought that a Youtuber from Swedish with such a humble start back in 2006 could have achieved such great success on Youtube after gaining 4000 watch hours to monetize his channel.

For that reason, today we will introduce you to the illustrious Youtube journey of PewDiePie, and what you can learn from him about making money on Youtube. 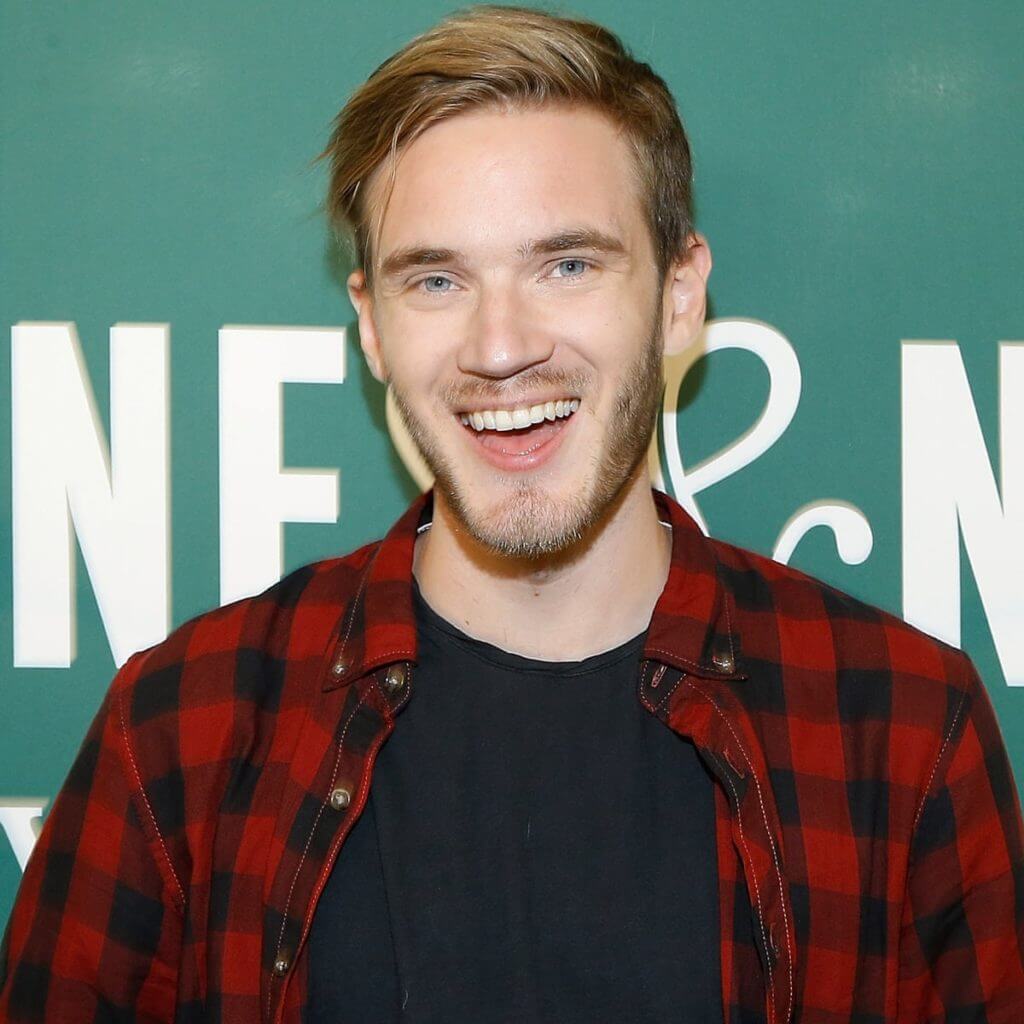 Pewdiepie – Is PewDiePie a billionaire?

PewdiePie’s real name is Felix Arvid Ulf Kjellberg. He was born on October 24, 1989 in Gothenburg, Sweden. Since childhood, he has shown great affinity to video games, despite his parents wanting him to play less.

Kjellberg attended the Chalmers University of Technology to pursue a degree in Industrial Economics and Technology Management, but dropped out in 2011 due to the lack of interest in his major.

Contrary to many sources saying he joined Youtube in 2010, Kjellberg’s earliest YouTube channel was created on December 19, 2006.

The name of the channel? PewDie. It is a combination of the “pew” sound, which stands for laser shooting sound, and the word “die“, a result which you could get from a laser attack.

Unfortunately, in 2010, Kjellberg forgot the password of the PewDie channel, thus leading to the birth of the now infamous channel PewDiePie, as he only added another “Pie” after the original name. 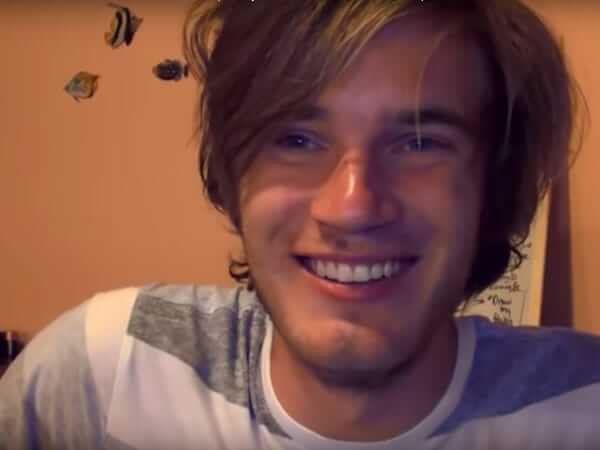 How did PewDiePie’s Youtube career start? Why PewDiePie is so popular?

After discussing how Kjellberg came up with the nickname PewDiePie, let’s dig deeper into the content of his Youtube channels.

In the beginning with the PewDie channel, he recorded gaming videos which usually revolved around the famous first person shooting game Call of Duty, but there are vlogging videos as well.

In fact, the first Fridays with PewDiePie videos were first uploaded on this channel.

After dropping out, Kjellberg decided to formally pursue the Youtube career path with the PewDiePie channel, which at the time seemed not viable at all.

At first, PewDiePie’s channel consisted mostly of walkthroughs of video games — dubbed the “Let’s Play” genre — along with color commentary. The two games he played were Call Of Duty and Minecraft.

One of PewDiePie’s first videos to become a hit was his commentary video of the beloved game “Minecraft.” His antics and voiceover comments have earned him over 12 million views and counting on the 2010 video.

However, it was his gameplay videos of many horror games like Amnesia that skyrocketed his fame. People are attracted to his hilarious and somewhat overdone reactions as well as his dark humors.

Since then, PewDiePie has expanded into other range of content beyond video games, including playing fan-made games and indie games, podcasts, Vlogs, reading comments, filming collaboration videos with his girlfriend or other YouTubers, and much more.

What has PewDiePie achieved? 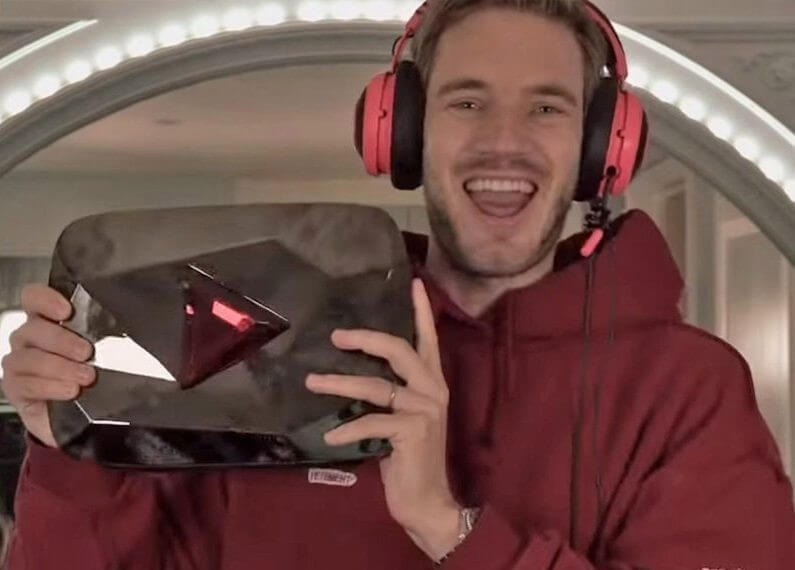 PewDiePie’s milestones can be considered a dream to any Youtuber.

PewDiePie reached his first million subscribers in July 2012, two year after he started working full time as a Youtuber. Over the next few years, PewDiePie repeatedly ranked among the most gained amount of subscribers of the year.

By August 2013, he was already the most subscribed-to personality on YouTube, and in 2015 he became the first person to have his videos seen 10 billion times on the site. How easy it is to make money on Youtube!

It is even more remarkable to know that the battle between him and the T-Series resulted in almost 30 million new subscribers in the last four months of 2018, of which just 6.62 million were gained in just December.

Right now, with over 108 million subscribers, his channel has outpaced most creators on the platform, even some of the pop stars like Justin Bieber, Ariana Grande or Ed Sheeran.

His reputation extends to even outside of Youtube, most notably being listed one of the World’s 100 Most Influential People in 2016 by Time magazine.

Why does PewDiePie succeed?

PewDiePie’s success story is somewhat out of this world to most of us. It will be impossible for most Youtube creators to reach such height.

It doesn’t mean, however, that you can’t take away some lessons from his work and apply it to your own Youtube channel.

Therefore, let’s look into the reason behind PewDiePie’s immense popularity.

His choice of niche 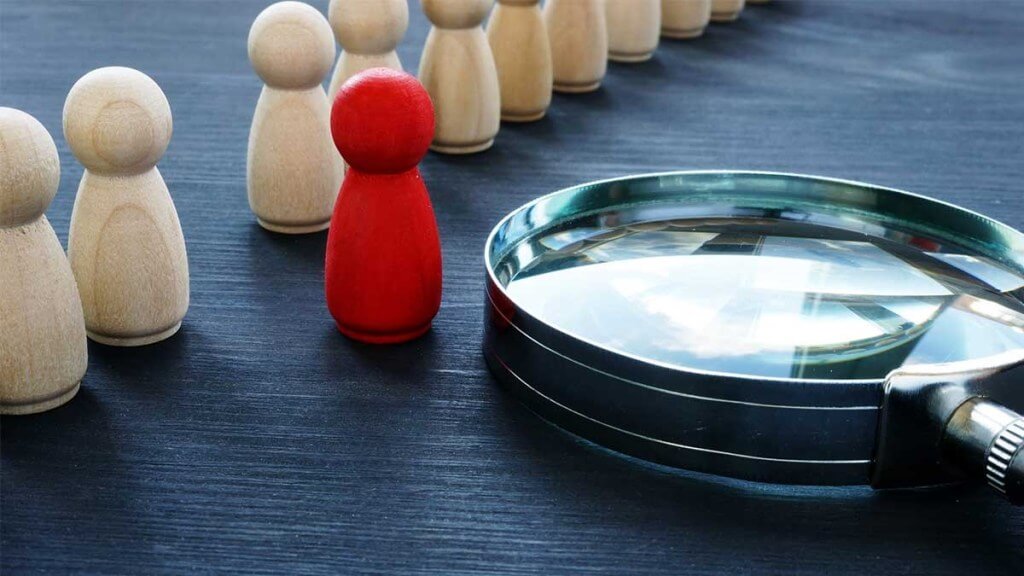 His choice of niche – How is PewDiePie so rich?

Gaming is the second most popular type of content on YouTube after music. But little do you know, before the 2010s, the gaming video genre doesn’t even exist on Youtube!

At that time, almost all YouTubers only made vlogs of themselves or released just another funny video.

Despite all that, PewDiePie tapped into his own passion for video games and saw an opportunity in the undiscover niche of gaming videos on Youtube.

In fact, PewDiePie is usually regarded as the inventor of the Youtube gaming genre.

His format of screen recording games combine with humorous commentary and intriguing reactions like bursts of laughter, startled cries and goofy yelps is so new yet so interesting to the audiences.

And yet, while PewDiePie does diversify his content to other niches, he never loses sight of the root that is gaming. 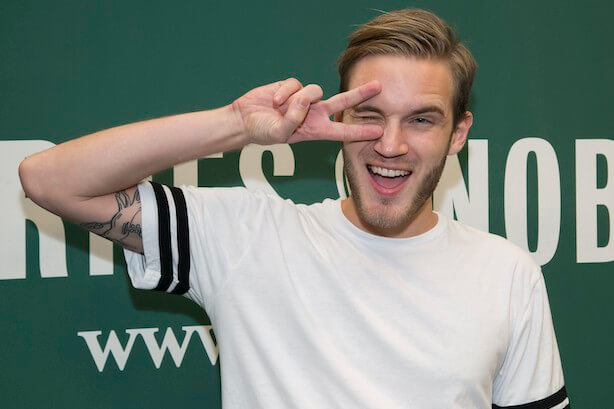 Another factor behind PewDiePie’s success that we need to mention is his personality.

The audiences are attracted to him in the first place not only because of his gameplay, but also for the added value that is his comedic commentary and his unique personality.

He offers the image of an easy-going, friendly guy who is not afraid to show his true self, which sometimes can be goofy, obnoxious or even a bit crazy, but never pretentious and boring.

His commentary is emotionally charged, which he never runs away from the challenge and voices them in an entertaining way, including jokes, goofy voices, nonstop swear words, and politically incorrect comments.

It is those charms that make the viewer feel like he is this cool friend everybody loves to have, thus turning them into his loyal Youtube subscribers.

His way of fan interacting

PewDiePie always puts his loyal fans above all. He never fails to prove that he cares for them greatly and creates many opportunities to interact with his audiences regularly.

As seen on many occasions, he lets the fans decide which game he will play, he opens fan mail, reads fan tweets, even shows their fan art on his videos.

Outside of Youtube, he actively engages with his fans on other social media. And most of all, he always delivers amazing content that entertains the fans no matter what.

No wonder why he is such a beloved among fans.

In previous articles, we have emphasised how important it is to upload your Youtube videos consistently within a schedule. The more regularly you upload your videos, the more people your content gets recommended to.

You will notice that PewDiePie uploads new videos almost daily (well, except the time when he went on hiatus). This streak is absolutely admirable, given the amount of filming, editing and uploading that he has to put in each video.

Now, we don’t say that you should work yourself too hard to do the same as Felix. But releasing new video on a consistent basis will help you a lot in gaining more subscribers for your own Youtube channel.

All of the above factors are what creates the distinctive brand of PewDiePie. He has a unique voice that resonates across all his diversified ventures, and you can recognize it in any of his work.

While his brand changes somewhat over time as he shifts into new ventures, PewDiePie ensures that the foundation of his image is centered on being the goofy guy who creates must-see gaming videos on YouTube.

Most of all, how can you forget his signature brofist at the end of his videos, his fanbase of Bro Army and his intro “How’s it going guy, my name is PewDiePie”?

That’s his brand after all. It has been like that for almost a decade, and it’s here to entertain as many viewers as it can.

Who is the richest Youtuber?

Although PewDiePie is not the richest youtuber, but he inspired so many people to start making money on youtube.

Has this article satisfied your curiosity about PewDiePie?

After all he has gone through, PewDiePie no doubt deserves to savor every ounce of his fame and accomplishment. From a humble start, PewDiePie has established himself to be the undisputed King of Youtube.

We can’t wait to see what PewDiePie has in store for the future of Youtube. One thing for sure, he never disappoints.

In the meantime, you can sign up for the AudienceGain community to learn all the best tips and tricks to help yourself become the top Youtube creator!