Markiplier – From zero to hero!

Markiplier is the next Youtuber in our series about the highest paid Youtube stars of 2020. 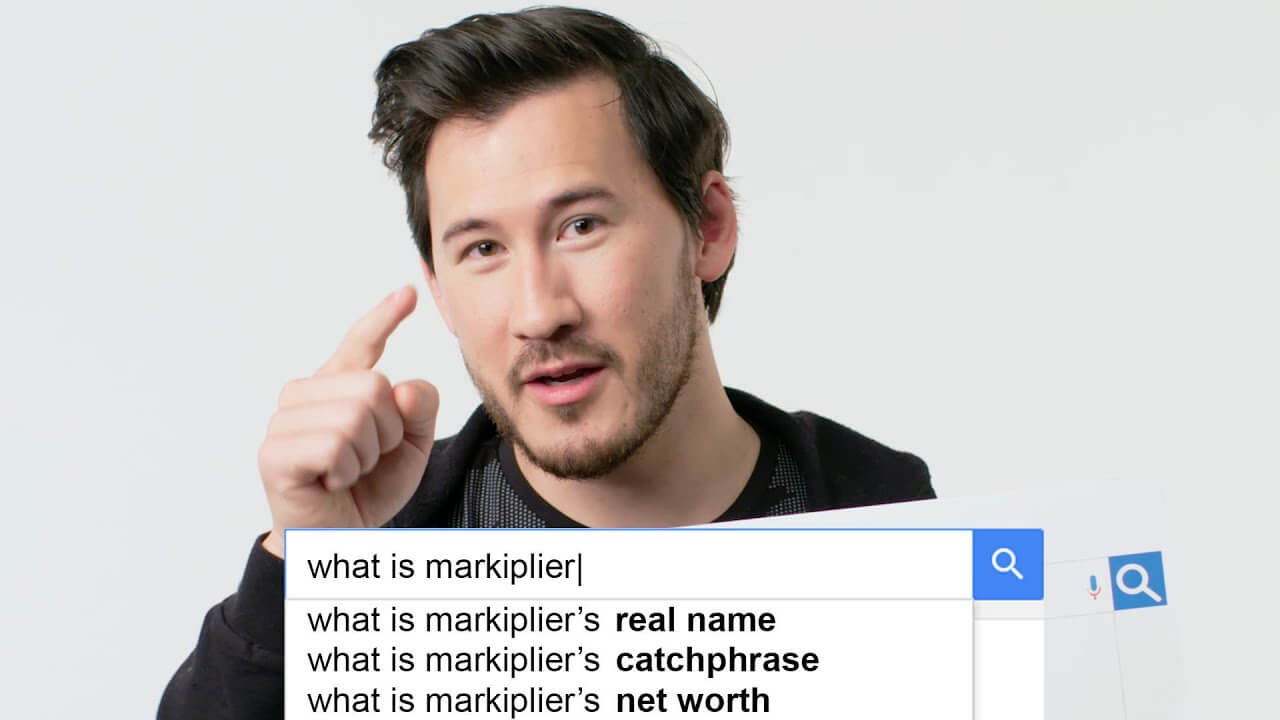 With over 15 billion total Youtube views and over 28.5 million subscribers, Markiplier, or Mark Fischbach, is one of the most influential Youtube gamers, known for his quirky, commentary-laden playthroughs, mostly of survival horror and indie games.

Not only that, the young man from Hawaii has been listed among the top Yotube earners in 4 consecutive years.

What an incredible feast for the 32 years old YouTuber, gamer-commentator, actor, comedian (He even refers to himself as “Professional Screamer.”).

As such, today we will learn more about Mark Fischbach, and his alter ego, Markiplier, in order to understand what makes him stand out from other Youtube gamers.

Mark Fischbach was born on June 28, 1989 in the Tripler Army Medical Center in Honolulu, O’ahu, Hawaii to Cliffton M. Fischbach, a German American, served in the U.S. Army and Sunok, a native Korean. His parents met while Cliffton was stationed in Korea.

Following Mark’s birth, his family moved to Cincinnati, Ohio where he was raised with his older brother, Jason Thomas “Tom” Fischbach. Mark attended Milford High School where he was a member of the school’s marching band.

Unfortunately, around 2007, Cliffton was diagnosed with terminal lung cancer. And on the early morning of July 4, 2008, he passed away, when Mark was only 19. His passing depressed Mark greatly. 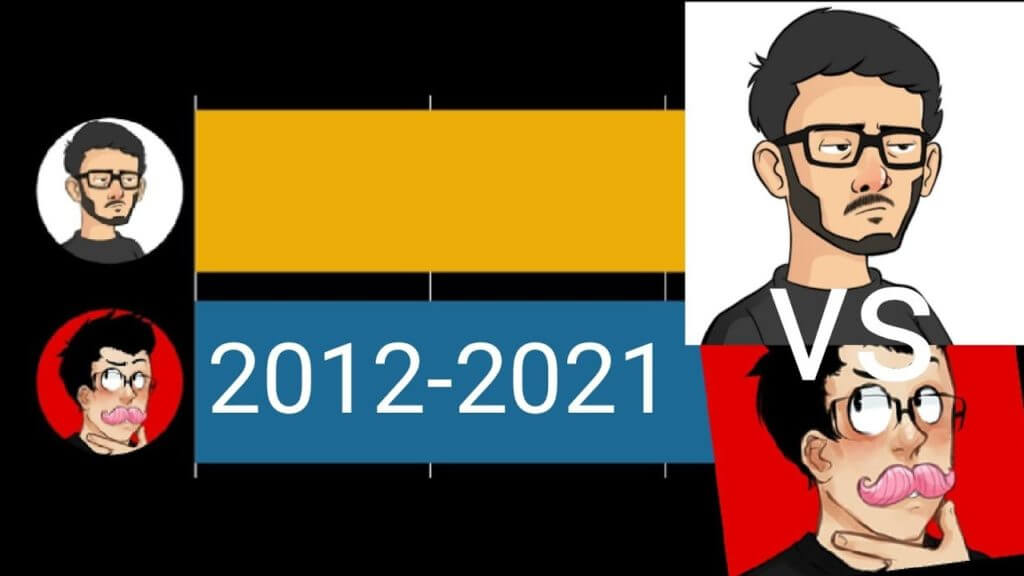 Fischbach first joined YouTube on March 6, 2012, creating a channel under the username “Markiplier”. For your curiosity, the name “Markiplier” is a combination between Mark and multiplier.

The channel was an emotional outlet of sorts for the young man, as he was then a 22-year-old medical engineering student at the University of Cincinnati. It was a tough year for Mark Fischbach.

“I’d had a bad breakup, I was fired, I had a tumor in my adrenal gland,” he recalled. “It was a series of unfortunate events. As I was recovering, I was so desperate to have something that was under my control.”

Markiplier’s very first video was posted on April 4, 2012. Soon, the young man dropped out of college, stating it was too stressful for him.

Originally, Mark intended to make sketch comedy where he would be portraying all of the characters in the sketches.

However, Fischbach’s first series was a playthrough of the horror video game Amnesia: The Dark Descent.

After playing several other game series such as Penumbra and Dead Space, YouTube banned Fischbach’s AdSense account. This led to the creation of a new channel on May 26, 2012 under the user name markiplierGAME.

When Mark Fischbach started out, he was in debt. Eight months in, he was making “tens of dollars”. But things would turn out much better for the young Youtuber.

By 2014, some of his gameplays were racking up views by the multi-millions.

In fact, a 17-minute video showing Fischbach playing Five Nights at Freddy’s (“scariest game in years,” he wrote on his channel) has garnered over 80 million views as of January 2021.

This is the beginning of Markiplier’s biggest series to date. As such, due to the success of this series, Markiplier channel crushed numerous Youtube subscribers milestones, from 2 million in April 2014 to 4 million in October, then ended the year with 5 million subscribers.

The same year, Fischbach announced he was planning to move to Los Angeles, California to be closer to other resources for his channel, such as the YouTube Space and other content creators.

Moreover, the MarkiplierGAME channel was listed on NewMediaRockstars’ 2014 Top 100 Channels, where it ranked at number 61. 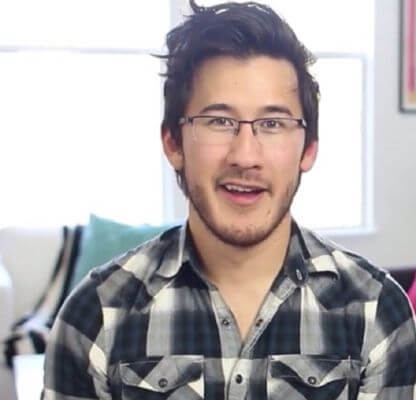 Their work was noted for having unexpected endings and dark, often disturbing, humor. Together, Markiplier and the group made forty sketches and fourteen original songs.

However, things came to an abrupt end following the death of Daniel Kyre. For that reason, Cyndago ended production and disbanded right after.

After the death of Daniel Kyre and disbandment of Cyndago, Fischbach temporarily went on hiatus from September 17 to October 5, 2015. Despite the tragedy, Markiplier channel continued its remarkable growth. And on October 15, 2015, it crossed the 10 million subscribers milestones.

Even moreso, one of the biggest moments in Markiplier’s career came when he was featured in YouTube Rewind 2015.

Throughout 2016, Fischbach moved some of his focus to comedy sketches, showing his aspiration of improvisational theatre. In 2017, Fischbach posted an interactive Choose Your Own Adventure-style video titled A Date with Markiplier. It was a big hit among fans.

Markiplier often hosts monthly charity live streams and participates in many other fundraisers. In 2017, Forbes reported that Fischbach and his fans raised around $3 million for charity through these events.

To celebrate, he announced he would donate all proceeds from a 48-hour sale of his “Tasteful Nudes” Charity Calendar to the Cancer Research Institute. As a result, he raised over $490,000 for the charity.

In October 2019, Markiplier Launched a new Choose Your Own Adventure-style story, a YouTube Originals production titled A Heist with Markiplier. In the series, he played every main character throughout the series, allowing Mark to improvise many of the lines.

On November 15, 2019, Markiplier and fellow YouTuber Ethan Nestor (known online as CrankGameplays) launched a new channel named Unus Annus. They promised to delete it after one year, hence the name being “One Year” in Latin.

The two did a variety of activities on the channel, uploading one episode per day, while steering clear of normal gaming videos they are known for.

True to their word, they deleted the channel at midnight on November 14, 2020. The channel had 4.58 million subscribers and 867 million views before it was officially deleted, proving to be a smash hit success. 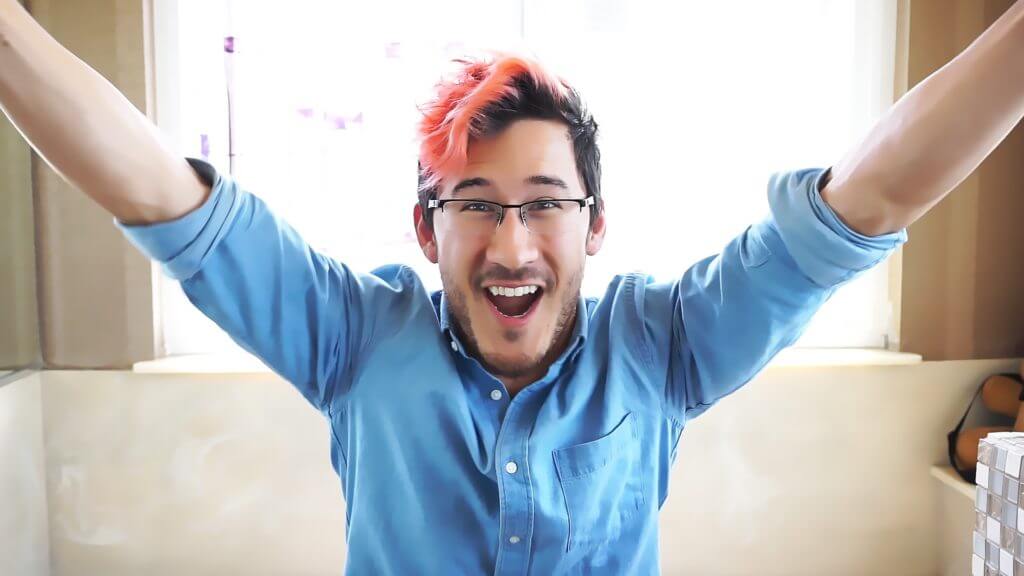 Markiplier plays with a style contrasting that of many other Let’s Players on YouTube.

At the beginning, he watched other gaming creators’ videos, emulating, learning, and deciding how to differentiate himself.

Mark plays with a combination of a subdued, sarcastic, sometimes panicked mood and a constantly confused, panicked, and action-packed way.

For example, he commonly takes on an exaggerated facade of courage and bravado when clear of danger, proclaiming his superhuman strength, bravery, and incredible good looks.

He also often (jokingly) overstates either his gaming skills, or his incompetence with solving puzzles, and threatens off-screen monsters, and sometimes real people, with a variety of awkward-often chair related-violence.

Upon the appearance of an enemy, Markiplier often panics, giving his trademark screams and fleeing towards the nearest available closet. Once escaping from the threat, his smooth attitude returns and so do his jeers of derision towards the game’s antagonist.

However, Mark Fischbach can be very fired up while playing games with nonsensical puzzles such as Super Mario Maker, Getting Over It with Bennett Foddy. His fans often describe this as “World-Ending Rage.”

Alongside his suave and sonorous voice, Mark has a well-trained eye for quality in games.

For that reason, after playing a game, he will often pause for a minute before ending the video to talk about the quality of the game, what it did and didn’t do well, as well as giving the developer advice as to how to make the game better.

What series to watch on Markiplier’s channel

So, if you want to check out this lovely Youtube gamer, what game should you start with. Well, lucky for you, we already have a list for you to check out. So buckle up!

Five Nights at Freddy’s has become a huge cult classic in the horror genre and the creator has released 5 (mainline) games in the series.

The games’ success concurs with the growth of Markiplier channel. For a long time this was hands down the most successful series he had on his channel. Viewers are attracted to the fear and hilarity of Mark Fischbach as he is jumpscared over and over again.

Despite each game being harder to unravel than the last, Markiplier has not balked at the challenge. If you fall in love with this playthrough you can watch him playthrough every game in the series.

Amnesia: The Dark Descent is a horror game that is very scary, especially 6 years ago when Markiplier played it. It was also the very first game he played on his channel and therefore the game that introduced him and his sense of humor to the world of Youtube gaming.

Watching Markiplier make his way through the terrifying puzzle that Amnesia lays out is not only tense to watch for those of you who like thrills, but also hilarious as he is not quiet about how afraid he is and tends to scream if he sees something scary.

Going back and seeing how a large channel like Markiplier’s was started is always interesting and even though his audio and video quality weren’t as good as they are now, it is easy to overlook because the content quality is still just as spot on.

A Date With Markiplier 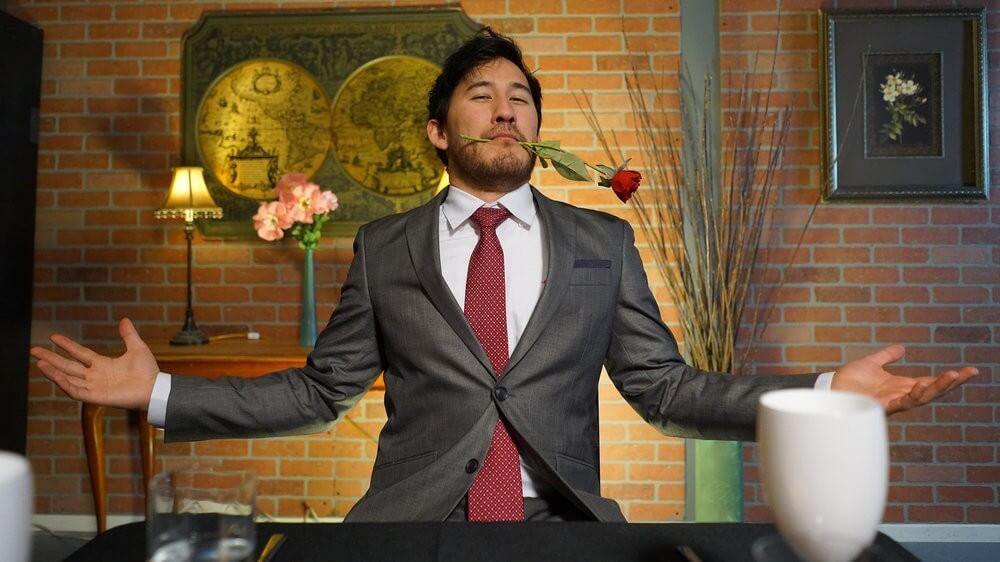 A Date With Markiplier

This is one of the first videos of its kind on YouTube and people absolutely loved it when he posted it online. A Date With Markiplier is an interactive video that tells a story and allows you, the viewer, to pick which way the story goes.

The videos aren’t long at all, but that isn’t really the point. The content inside of them is very well thought out and written and being able to have the option to ‘control’ what is going on makes it a video that you play over and over again so you can see what the other options hold.

If you enjoyed the ‘choose your own ending’ books as a child, you will not regret giving this video a chance.

Outside of Youtube, Mark Fischbach has ventured on many other fields, which includes going on comedy and improvisation tours, voice acting in numerous projects, as well as opening a clothes company with his friend and fellow Youtuber Jacksepticeye.

No matter how much money Markiplier earns or how many subscribers he gets, Mark will always show his appreciation and love for his fans, saying that he would be nowhere without them and fans, in return, cherish him with as much love and support.

Just so you know, buying a Facebook page is a thing.  No wonder, Facebook is the most popular social media platform in the world after...

A complete guide on how to buy TikTok account – all you need to know!

With the rise of TikTok, comes the popularity of the concept of buying TikTok accounts. TikTok has managed to surpass Instagram as the second-hot-favorite social...

To buy YouTube watch hours is no longer a strange question to any YouTuber recently. It has become a popular way to gain monetization rights...