How to get paid on Youtube as a Vlogger?

When it comes to vlogging, there is no clear concept for you to learn how to get paid on Youtube as a creator filming his/her daily activities. Indeed, as a trademark owned by Google, Youtube has its own way of doing its business and keeping the money.

However, the majority of creators will join the Youtube Partner Program (YPP) to monetize. In order to do this, they have to get through the threshold of 4000 watch hours and 1000 subscribers. After that, Google will deliver ads on their Youtube channels and they will receive the first paychecks.

In general, vlogging may be the simplest concept, or niche for small creators to enter the Youtube ecosystem. From this form, the creators then develop other ways to make money. Therefore, understanding this most basic content type of making money on Youtube will help creators maximize their capacity to make money, thereby approaching other monetization features.

Now, let’s see why vloggers are literally in every corner on this giant platform!

How to get paid on Youtube as a vlogger?

Who are the vloggers?

First off, “vloggers” or “vlogging” weren’t origially included in the Oxford dictionary. It totally generated from the Internet language while Youtube started to become a phenomenal video-sharing platform and people haven’t been familiar with Youtube monetization.

Indeed, who would have thought that sitting at one spot and talking to the camera could make money on Youtube more than a decade ago?

Ok, we will stop beating around the bush here. Here the simple equation of vlogger, as follows: Video + Blogger = Vlogger.

Basically, a vlogger is a creator who makes content to deliver what they want to express in a video. They use video to tell their story, to share and give a specific value (normally on Youtube).

So if a blogger writes, a vlogger films. While most bloggers focus most on cultivating their penmanship, vloggers use cameras as an indispensable gear to create content.

What makes the differences?

So before you learn how to become a vlogger, you need to understand what the job and nature of a real vlog is.

We would like to carefully address the term “vloggers” specifically here. We mean, anyone can be a “vlogger” as a “creator” on Youtube, but not all “creators” are “vloggers”. See, many people call PewDiePie a vlogger but in fact he’s most famous for his sense of humor on playing and reviewing games. 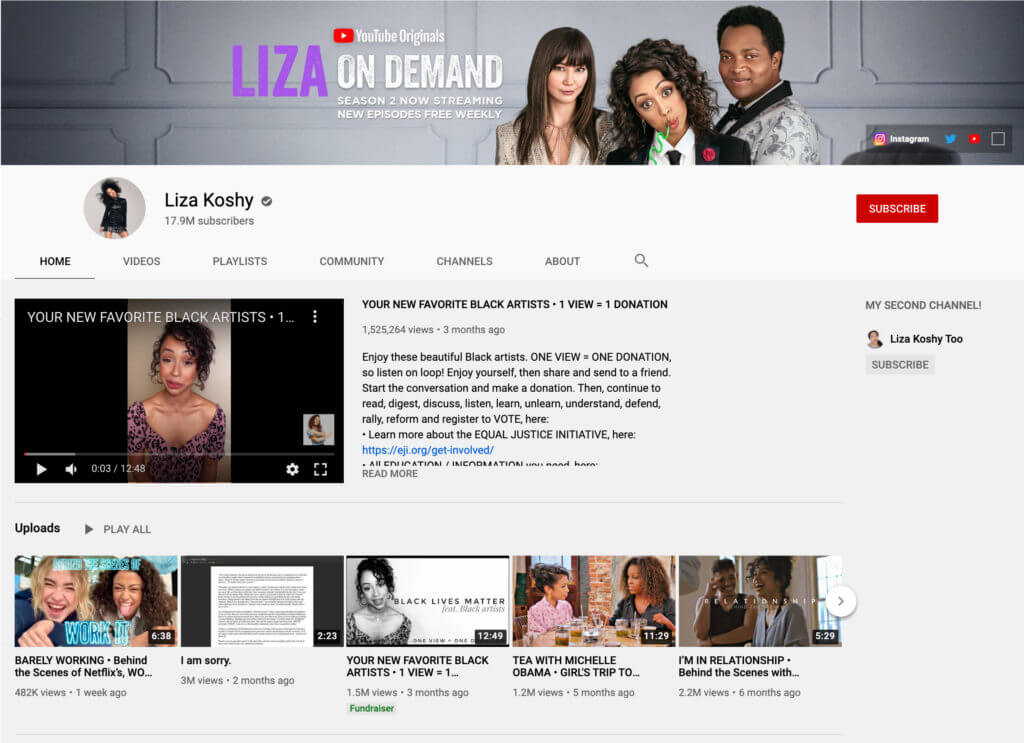 Liza Koshy channel – How do you make money from YouTube vlogging?

In the picture above you can see the video channel of vlogger Liza Koshy , where you can see she shares expressing personal views throughout a certain topic. You see the vlogger’s journey and story and you really feel connected.

Moreover, there are actually a lot of Youtube stars who own millions of views and subscribers who own sub-channels with the main theme of making vlogs, to tell audiences about their daily lives and to get paid on Youtube more by making videos.

So from our point, a true vlogger will be a YouTube channel’s creator posting videos of their daily lives as a major niche on Youtube. The style and how he/she elaborate the content will enhance individualism and simplicity.

On top of that, for example, a creator as a Youtube chef can also teach cooking lessons on his/her channel, as well as filming his/her daily meals as vlogs, just like the channel Honeykki does. 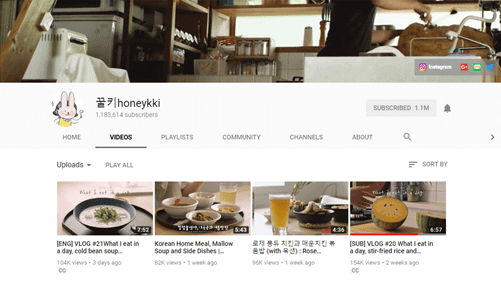 Is it hard to get paid on Youtube as a vlogger?

Making vlogs has never been an easy job, especially when there are so many vloggers with a large fan base on the platform. However, if you make a difference in your video, along with investing in content by a methodical way to attract viewers, you can still completely win the hearts of the community.

Furthermore, many people are skeptical of how a vlogger gets paid on Youtube. The truth is, most vloggers nowadays are very active on the Youtube platform. Therefore, Youtube will pay vloggers a certain amount of money corresponding to the number of views for each video.

Consequently, producing vlog requires a long investment of effort, money and brainpower. You need to create compelling and unique videos to stand out from the crowd and showcase your personality in the virtual world.

To begin with, in order to become a vlogger is not very complicated, all you need is a camera or even your phone, film yourself (in an organized method) and upload the vlog on Youtube.

Nevertheless, to recognize as a professional vlogger, you need more than that, and it’s even more challenging to get paid on Youtube.

Do you just want to give it a go, or you’re determined to become a full-time vlogger, you need to clarify this right from the start, or else everything will be a mess!

You should make a checklist of equipment to make vlogs, such as camera, lens and additional digital gear. Besides, set yourself a few short-term and long-term goals so you know what you need to do and what adjustments need to be made during the vlog.

So to choose the topic of making vlog, ask yourself: What are you most passionate about? Is it games, fashion & beauty, travelling or anything else? Themes of making Vlog are very diverse. It can come from your passion, interests or issues of your expertise or strengths.

The key here is to be yourself. You don’t want to become a vlogger just because you see “oh, this man can make millions just by filming himself goofing around with his cats, I can do that”. No, that’s not going to happen.

Of course you can refer to other vlogger’s channels to find a unique and creative direction for your own path. As long as you don’t do anything illegal will surely build your own community for your vlog channel and make money on Youtube. 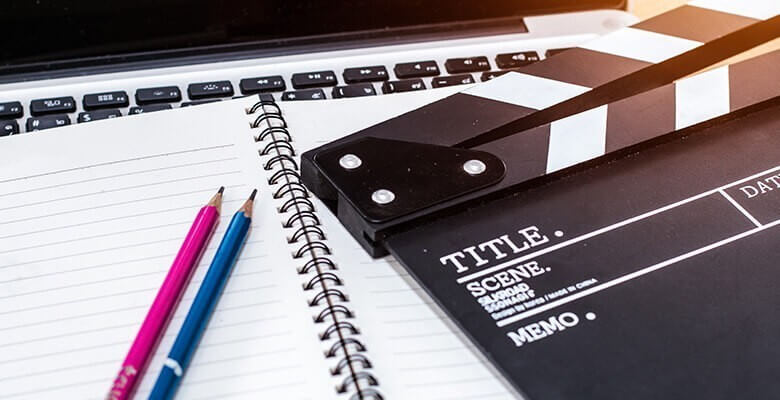 While this may seem like an easy step to process, it is not. Even though you express yourself through video, you still need a script to keep the flow of the vlog.

What to talk about

Ideas are the key and deadly essential to vloggers, and one idea can generate another. It’s constant, so please make a habit of noting everything down to make it tangible and visual.

Otherwise you will forget about it anyway!

You can talk about anything when doing a vlog, as long as it is not too boring and insulting others (especially famous people). Especially what you say must be not illegal and must comply with Youtube terms of service.

Regularly updating news on social media and reputable sites is also a good way to keep up with the situation of the whole world and come up with good ideas.

For example, given the current COVID-19 situation and social distancing, make a video of, say, “how to deal with the stay home order to get rid of boredom”.

Don’t be so spontanous. Starting with a manuscript allows you to grasp an overview of what you want to deliver in your vlog. Moreover, when such difficulties stick around throughout the implementation, you can only review summaries to record the videos if you want to re-make some error footages.

You can make bullet points, or draw them out and make a mind map, whatever way you find convenient for the next stage.

You can start filming right away with the outline you have. However, a good script makes it easy for the audiences to see the messages while watching.

Just like the manuscript, the video script doesn’t have to be very special. You don’t have to try to create a script to look like any epic show. Keep it short, concise and profound enough to get to the potential audiences, and they’ll be able to understand it. 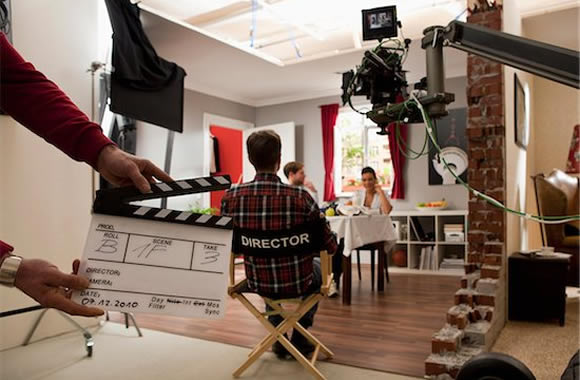 A good camera will be a powerful and extremely important tool to help vloggers create top-notch million-view videos.

In the long run, if you want to make a professional vlog, you need to invest in a dedicated camera to shoot vlog. It is stated that you should use cameras with high definition video recording modes, compact size with a flip screen for the quickness and convenience.

Therefore, mirrorless  cameras will be the best choice. You can consult prices from different brands to find the model that is right for you. A key feature of a vlog camera is that they also need fast autofocus.

On top of that, while recording, always look at the camera lens, not at the screen. Without looking at the camera, the viewer will feel like you’re not talking to them due to the lack of direct eye contact.

Make sure to use a tripod or a gimbal to create stability for the camera’s angles.

In the process of recording the vlog, there will be redundant footage you will have to cut, you will also have to add effects, background music to make the video more appealing. Hence it forces you to learn how to use video editing software.

There are lots of softwares to help you edit video post-production, learning how to use these software is not too difficult, on Youtube there are all the instructions you can learn, like Adobe Premiere, Camtasia and so on.

The above are just the basic steps that we give you as a reference to help you easily visualize the path you have chosen – becoming a vlogger.

Build a vlog channel, especially make money on it, you won’t get results in a day or two. It takes a lot of time and effort to increase lots of views and subscribers and is ready to follow your daily life on a regular basis.

Set realistic goals, try to earn 50 views in 1 day for your first video and celebrate it!

In case you’re struggling with not knowing how to get paid on Youtube as a vlogger, you can join the AudienceGain community to acknowledge more insight on this niche, as well as seek help from our dedicated support team.

Happy vlogging and let us know by leaving a comment right below this article if you’re about to become a vlogger on Youtube!