If you are a serious content creator, then measuring the growth of your video viewership on YouTube should be the biggest concern. But what counts as a view on YouTube? Better yet, how does YouTube count views? 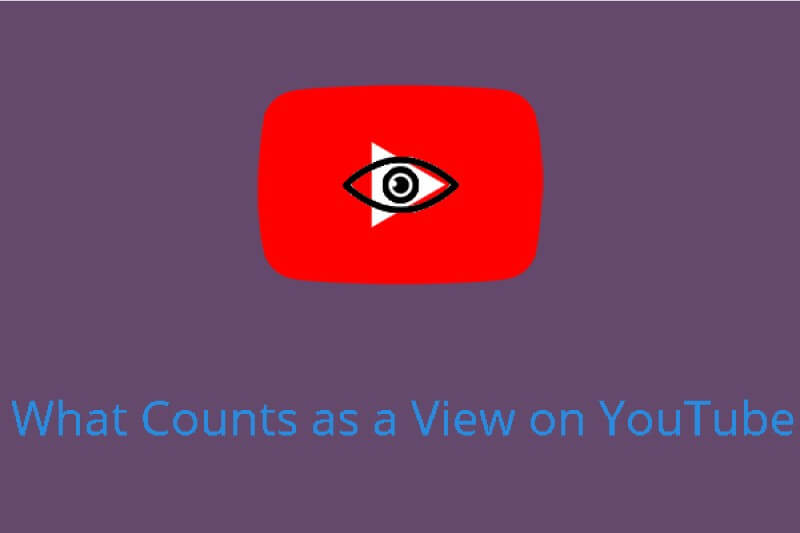 As such, to better understand your video content performance, you need to have a clear understanding of this very crucial Youtube metric. So without further ado, let’s get started!

So what counts as a view on Youtube these days? You can bet that YouTube has a bunch of filtering in place. Here’s what YouTube says:

“a viewer-initiated intended play of a YouTube video that’s been de-spammed… A view isn’t an autoplay, scripted play, spam play or playback. Views should only be a result of pure viewer choice to watch a video, not as a result of a transaction through incentivized views.” 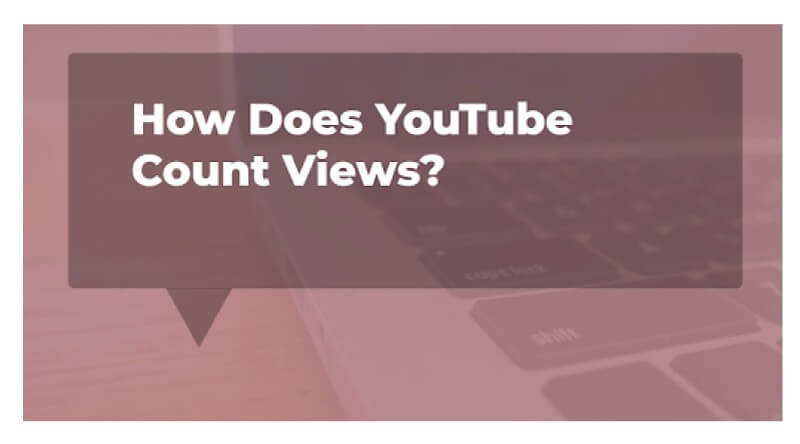 Now I know what you’re thinking, it’s not the easiest definition to grasp, what’s with the amount of terms and all. But don’t worry, we will boil it down to the most basic points.

YouTube wants to make sure that video views are coming from real people. That’s why a YouTube view is only counted when the following two criteria apply:

What if someone skips through a video instead of watching all of it? For example, a user watches three different ten-second segments of a five-minute video, it’s possible the view will count; after all, the viewer was watching parts of the video.

However, sometimes it won’t, without any rhyme or reason to explain it.

But what about videos being shorter than 30 seconds? How can it be that they also accumulate views? Experts aren’t sure how much of one a user has to watch in order for it to count as a view.

Keep in mind that the 30-second watch limit only matters because it is a factor that helps YouTube decide if a video is worth monetizing. With 30 seconds or more, Google has plenty of data to analyze whether a view is legitimate or not.

With shorter views, they have less data, and under 30 seconds for a video is simply not enough. This results in 30 seconds videos cannot be monetized. 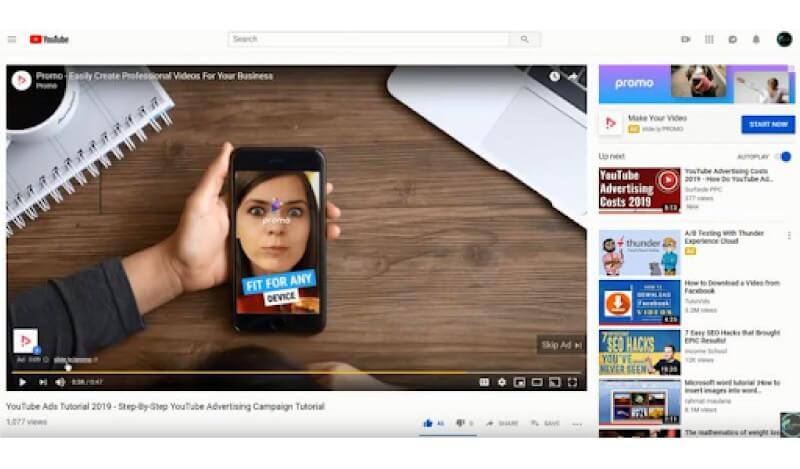 Now that you have the answer for what counts as a view on Youtube and how does Youtube count views, other questions might pop up in your head.

Among them, one of the most frequently asked is: does Youtube ads count as view?

For any brand utilizing YouTube’s TrueView in-stream video ad system—which can display a video on both YouTube and throughout the Google Display Network—view counts work roughly the same as organic views.

This means, views will be counted when:

However, there is another type of ad called TrueView video discovery ads. For this one, paid advertising views will be counted when someone clicks the ad and the video starts to play.

Why are some views not counted?

Knowing what counts as a view on Youtube is not enough. You should be aware that some views are not counted as well.

For that reason, you should know a few sources of views that don’t count, and a few things that will disqualify a view from counting.

Views from an embedded video set to autoplay 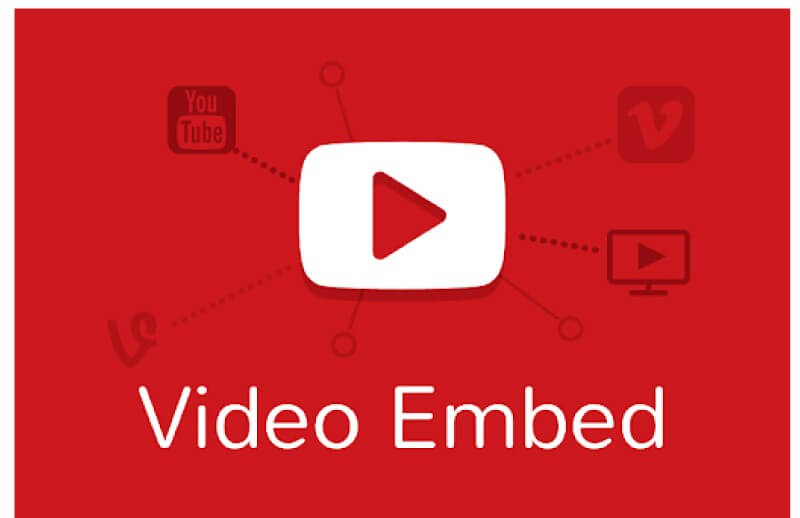 This has varied over the years, and there are many conflicting reports available.

YouTube provides its own code, an easy copy and paste system that allows anyone to embed a YouTube video in any other site, be it a forum post, a blog post, social media platform or a home page. This proves the dominance of YouTube as a video hosting service

Of course, views from such embeds are taken into account by YouTube unless it is set to autoplay mode.

In fact, an embedded video which is set to play on its own as soon as the page loads (i.e. autoplay) will not be counted as a view. A video set to play automatically is an annoyance that drives users away. Thus, it’s best to allow them to load the video on their own terms and not force them to it.

Repeated views in a short period of time

YouTube understands that its users might want to watch a video multiple times or show it to other people like friends or family. Therefore, multiple views can come from one device or account and generate new views that count in the total.

An user can also playback a video again and again in a short interval of time. This is the case with tutorials and educational videos, which make repeated views legitimate. Because users have to play a video back to understand the key concept.

However, after a certain point—some believe around 4 or 5 views—YouTube will stop counting repeated video views from that device or account within 24 hours. If the same user watches the video again outside of that 24-hour window, the view will be counted again. 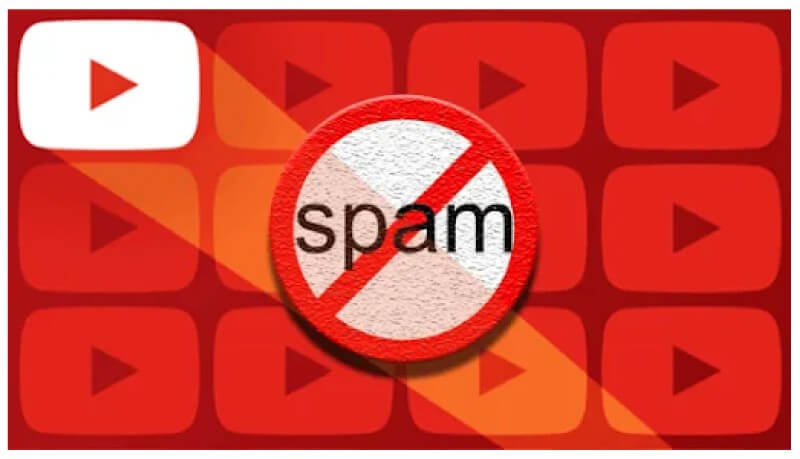 There are a number of websites out there that you can buy YouTube views. This practice is an easy alternative to increase the view count on many content creators’ videos.

Those views may count, temporarily, but YouTube is able to detect these spam IPs or known IPs that generate fake views. Eventually, the platform will stop them from adding to the view counter.

Some users set up spambots on their accounts just to earn more views on a particular video.

If views are made from an account that is rapidly jumping from one video to another, each playing only for 31 seconds and videos are not linked with each other; YouTube will then flag the viewer as a watchbot and stop counting its views.

Google will also monitor for spam comments on videos. Spam comments aren’t just an annoyance; they’re a warning flag for Google. Views that come from accounts that leave spam comments will disappear, because they’re obvious signs of spambots.

No, we are not talking about getting dangerous viruses or malware from watching suspicious Youtube videos. But as you know, while browsing the Internet, you might be tricked into installing malicious software on your device or download viruses unknowingly.

Those malware viruses simply open browser windows positioned outside of the monitor or otherwise hidden, and use them to play monetized videos. The video owner makes money and, if their virus is undetected, the computer owner is none the wiser.

Google tracks this – and other malware that embeds videos off-screen on websites – and these views are not included in the view count afterward. 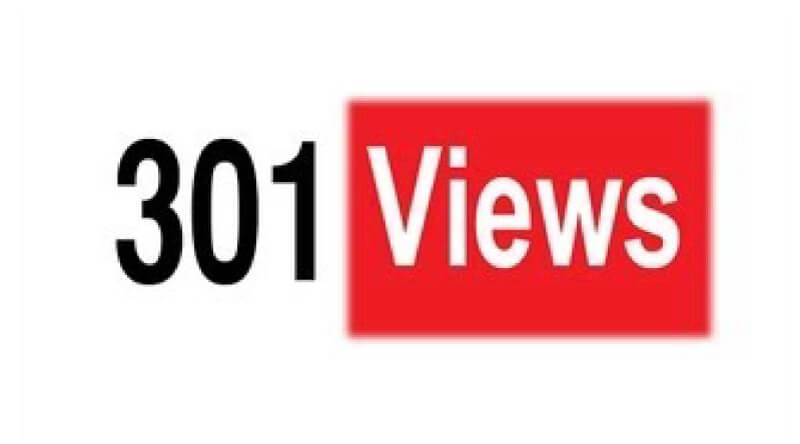 Once your video surpasses 301 views, the view counter can seem stuck at 301 views for a period of time.

While this seems like a glitch, fear not. Refreshing the page won’t work during this time. In fact, this is when the algorithm is in the process of detecting and eliminating fraudulent views from malware and spambots.

To put it simply, after your video reaches the tipping point of 301 views, the Youtube employees manually verify that all the views on your video have been appropriately obtained.

If you notice a fluctuation or freezing of your view count anytime, this could indicate that your views are being audited.

If you acquired views fairly, then you have nothing to worry about. However if you used a spambot, malware virus, or bought views from a third party, your views will be deleted and so could your video.

A Note on Buying Views

You can definitely find view seller services around the web, from sites like Fiverr and merchants on Black Hat World. Just keep in mind that the cheaper the seller, the worse the views will be and the more likely they are to be filtered.

Those sellers mostly sell you bot views, while doing the bare minimum to keep those views registering as legitimate. Most of those views can’t pass the Youtube audit and are filtered out, and your whole investment will just be gone in a blink of an eye.

However, it’s entirely possible to buy legitimate views. You just need to know where to buy them.

As such, it’s best to do so with sellers that have their own means of promotion independent of major ad networks, while helping monetizing your Youtube channel. The views are legitimate, and you never see a negative action because of them.

AudienceGain is one such service. With years of experience, our team of experts will bring you authentic views through the means of digital promotion campaigns across various social media platforms.

In the end, we hope you have found the answer for the “what counts as a view on Youtube” question. Until next time!